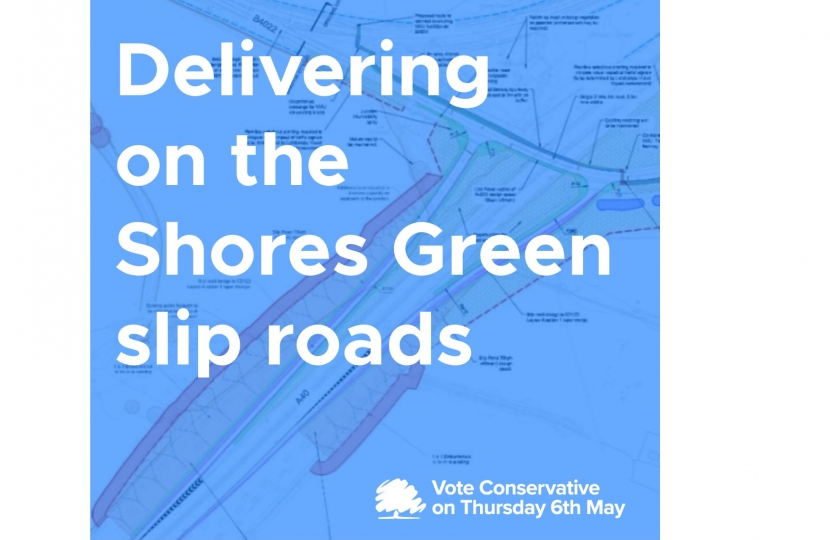 Conservative-led Oxfordshire County Council will deliver the Shores Green project which will improve access to Witney.

The Council has today confirmed that the long awaited A40 slip roads in North Witney are now a step closer to becoming a reality after they agreed the acquisition of land which connects Oxford Hill and the A40.

This major improvement will ease town centre traffic and reduce pollution on Bridge Street which is an area that has suffered for a long time with increasing traffic congestion and high levels of air pollution.

The Shores Green project will move to the planning stage in November this year, with work set to commence in 2022.

County Council candidate for Witney North & East, Dean Temple said, "I'm really pleased to be able to share this update with Witney residents. The Shores Green project is part of a major plan to bring improvements along the A40 in order to help reduce congestion and support the growth of our town. This is another example of Conservative councillors working together and with the government to deliver the infrastructure we need."

Commenting, Robert said: "Great to see the Conservative County Council delivering the Shores Green project to improve access to Witney and reduce congestion. This important project ties in with other major improvements along the A40 and is yet another example of a strong Conservative team working together to deliver for our area."