A few thoughts on statues - and history. 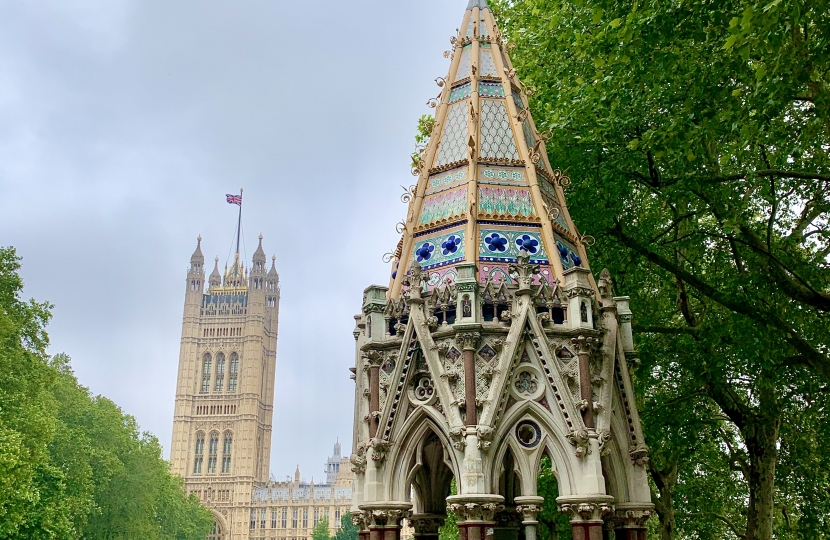 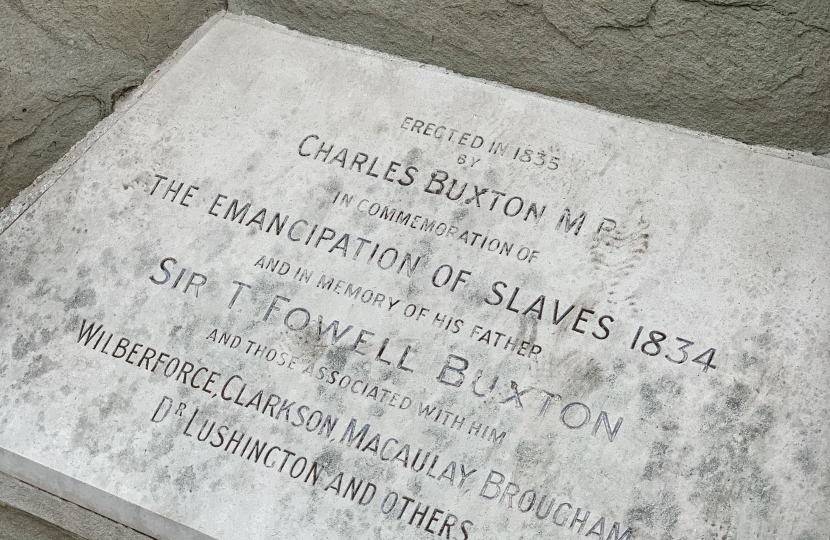 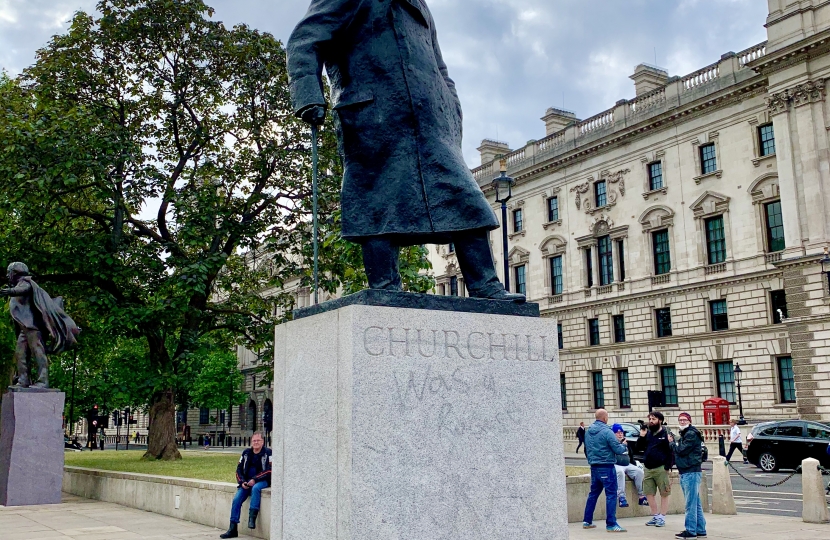 “The past is a foreign country; they do things differently there.”

We would do well to reflect on the famous first line from LP Hartley’s “The Go Between”.

We are all united on the killing of George Floyd: it was unlawful, brutal, and the perpetrators must be - as they are being - brought to justice. As I have said, racism is evil and this should no longer need saying. Where it exists, it is abhorrent, and must be ended. Equally, we must strive to ensure that our country is one where opportunity is equal for all, regardless of background or race.

But when we see a tragic event in Minnesota - or any other, for that matter - being used as an excuse to attack our police and to vandalise our public property, we also have to be strong enough to say “this, too, is wrong.”

Let me first be clear on one thing: whilst legitimate, peaceful protest is something to be defended to the end, attacking the police, using violence, and causing vandalism, is wrong. There is no justification, not now, not ever - and using any political cause as a pretext for the same devalues and degrades that cause. That was strikingly illustrated when one of the statues attacked last weekend was Abraham Lincoln’s, the most important opponent of slavery in world history, in the name of anti-racism, but it is the case no matter who is behind the violence: the far-right thuggery seen today is as disgraceful as anything seen last weekend. I condemn them both utterly, and equally.

However, the protests that followed the hideous killing of George Floyd have become the trigger for a wider debate about our culture and our history, online and in the media, with suggestions that other statues be removed, places renamed, television programmes removed.

And I want to be quite clear about that, too.

Our history is the story of who we are. Erasing bits of that history is an attempt to erase part of who we are, to erase a part of our national identity. That does not mean that we approve of it all - there are many examples of things that have happened in the past that we would not do today - but to attempt to airbrush them out of the record is also wrong.

It is wrong because history is not ours to control. Our history does not belong to us, but to all time. The statues that stand in our streets and squares were put up in different times, by different people, with different values. They are not ours to tear down and destroy. They belong to all generations, and those who come after us are as entitled to see and consider them as those who went before us.

After all, in the words of the great Parliamentarian Edmund Burke, “Rage and frenzy will pull down more in half an hour than prudence, deliberation, and foresight can build up in a hundred years.”

History is complicated, full of nuance, subtlety, and context. It does not lend itself to chants and slogans, and it is up to all of us that believe in freedom of politics and thought to defend history against the mob.

And the first rule for all of us who practice history - whether professionally or as a passing indulgence - is that you never judge the people of the past by the moral standards of today. If you do, then you are expecting them to live up to morals that did not exist when they were alive - so how could they? What you have to do is to judge them against the standards that existed when they were alive, and celebrate those who were ahead of their times.

Otherwise, where does the airbrushing of history end? Should Gladstone be censured because - despite all his manifest achievements, his father - not him, but his father - had owned slaves? What about Lord Nelson - who apparently opposed the abolition of the slave trade - but also saved the developing British democracy and her independence? Even Ghandi has been criticised for some of the things he wrote. Karl Marx has a statue in London, despite being responsible for an ideology that ended up killing millions - but how would removing it help?

And why stop with relatively recent history? There is no logical reason to draw an arbitrary line a couple of hundred years ago. Do we also tear down Hadrian’s Wall because it was a colonial monument and eradicate signs of Roman civilisation in Britain?

And why, if people are censuring things that they do not agree with, would the principle stop at buildings, monuments, statues? Before long, if television programmes are being removed, it will be books.

And what does this remind us of?

Erasing bits of history in whatever form is the mark of totalitarian intolerance. That’s what we saw in Cambodia, or during China’s cultural revolution, or what we saw more recently as ISIS destroyed priceless antiquity in Palmyra.

Much better to learn about history: the good and the bad, the dark and the light - and to apply context.

And yes, I firmly believe that if we do that, we will find that Britain comes out of it, on the whole, very well.

Certainly, Britain took part in slavery - as did most other countries at the time, and not just in Europe. What marks Britain out is that it was ended in British colonies before most others, with Parliament leading the way. The memorial to those who led the charge (Thomas Fowell Buxton, William Wilberforce, Thomas Clarkson and others) stands next to the Houses of Parliament now. It is sadly ignored, when garlands should grace it.

And moreover, having ended slavery ourselves, Britain then helped stamp it out, with the Royal Navy stopping slave ships in the Atlantic and freeing those imprisoned.

So, without doubt, slavery is a part of our history that we deplore. But our early renunciation of it, and determination to do all in our power to end it, also does us credit.

And the same is true of much else in the rich tapestry of British history: subtlety, nuance, context - but the bright light does not exist without the shadows.

But, overall, we have much to be proud of: there was an empire, certainly, but one that recognised when its time was up, and did its best to leave behind it independent, democratic states - and above all, one that willingly sacrificed its preeminent position in the world to stand alone against political tyranny and industrialised racism when it really mattered.

And for good or ill, this is our story. It is who we are. The pride and the regret, the glory and the shadows. Expunging it achieves nothing, apart from to destroy the past. And if you destroy your past, you will forget who you are. As Churchill did say: “if we open a quar­rel between the past and present we shall find that we have lost the future.”

That is not to say that statues should never be taken down. No reasonable person could object to the way in which the people of Eastern Europe tore down the statues of Marx, Lenin and Stalin after being liberated from Communism, but clearly those are very different circumstances.

Thus the question is not “should we ever remove statues?” but rather “under what circumstances is it appropriate to remove a statue?” and “who decides?” What is certainly clear is that nothing like this should happen rashly.

So, for these reasons, I do not agree with actions which risk deconstructing our national identity, either because of a dislike of all this country is and stands for, or out of a desire to sanitise our past to illustrate our present virtue.

And I would like to say a word or two about Churchill’s statue. It is no secret that I admire this man - who was born and is buried in my village - enormously, and regard him as West Oxfordshire’s most famous son. It is a matter of deep shame that his statue has been, and remains at risk of, attack and vandalism.

Churchill was a man of his time - the Edwardian times. As such he reflected the values of his age but - as with all giants who transcend their own times - he is now being judged against values which were not available to him. This is historically wrong, and culturally unfair. Churchill very clearly did not get everything right - his greatness is not increased by pretending that he did - and there are some aspects of his record that make us uncomfortable now. For an Edwardian who spent sixty years in public life and in the very middle of the fray, it would be odd if that were not the case. But he is a hero, and by and large, was on the right side of most issues. Above all, and to his eternal credit, by standing up almost alone against Nazism as it rose, and at its zenith, by ensuring that the free world did not lie down before it.

Churchill was a huge character, a very human man, one driven by compassion and a desire to change the world for the better, but his crowning achievement was in defending not just this country but the whole world from a fascist, racist tyranny. Both his reputation, and his statue, should be defended, not covered up.

As for the group “Black Lives Matter” - and I stress the group, not the sentiment - everybody should be quite clear that this is not an anti-racism group, but one of hard-left activists with anarchist elements. Their GoFundMe page includes a statement that they are “guided by a commitment to dismantle...capitalism” and that they will use the funding they raise to, among other things, develop “strategies for the abolition of police.”

Rather, I would prefer to stand with Nelson Mandela, whose words I have found pertinent at this time:

“We must all strive to be inspired by a deep-seated love of our country, without regard to race, color, gender or station in life.”

“We must strive to be moved by a generosity of spirit that will enable us to outgrow the hatred and conflicts of the past.”

If Mandela could take this approach, surely we can too.

Robert Welcomes Announcement of Independent Investigation into the River Windrush

In response to Robert's demands, Thames Water has announced that is has commissioned an independent investigation into the health of the River Windrush.