Improvements to the A40 one step closer 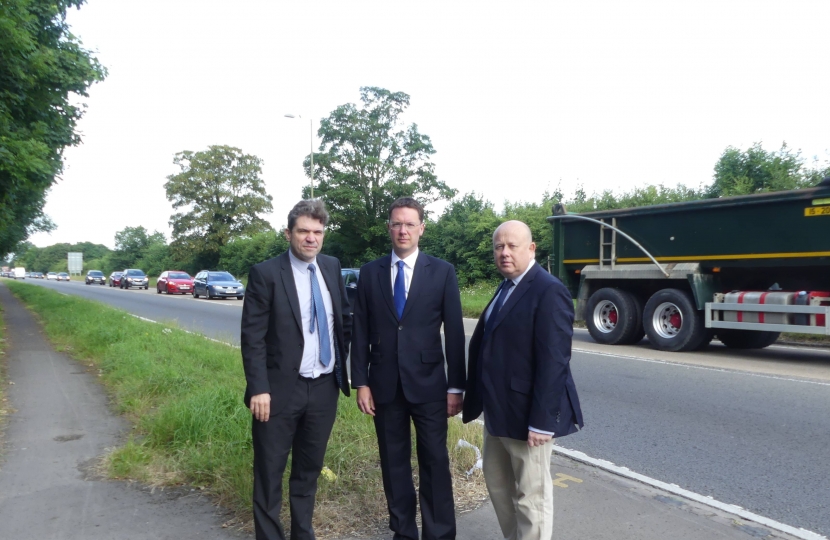 West Oxfordshire is one step closer to funding for improvements to the A40, as Oxfordshire County Council's bid has progressed to the next stage for the Housing Infrastructure Fund.  Robert explains more below:

"West Oxfordshire is one step closer to a final fix for the A40 after the Secretary of State for Housing, Communities and Local Government, Sajid Javid, announced that a bid for funding for improvements to the A40 has been successful in moving to the next stage of the process.

"I’ve worked in partnership with my Council colleagues at Oxfordshire County Council, who’ve put the bid together, to progress it and lobby Government for its inclusion in the Housing Infrastructure Fund Awards.

"We are not there yet, and there is more to do, but funding from the HIF if ultimately confirmed would mean that West Oxfordshire would get the improvements it desperately needs along the A40. I’ve pressed this point in the House of Commons, pointing out that infrastructure needs to be delivered in advance of, or at the very least at the same time as, the houses that are being built.

"For decades, the A40 has caused daily misery for many, stuck in hours of traffic, and is stopping our area from flourishing. This could be the biggest step towards fixing the A40 in decades, and I am pleased that the joint efforts of County and District Council leaders and myself are bearing fruit. I will continue to press for improvements in the A40 and I am excited for the real benefits this funding will bring.

"This extremely welcome news shows that the Government is listening to West Oxfordshire and shares our strong desire to find a final fix for the A40. I congratulate OCC on their hard work in putting together this superb bid, with support from WODC: it just shows the effect that a strong local team of MP and Councillors, working together, can have.