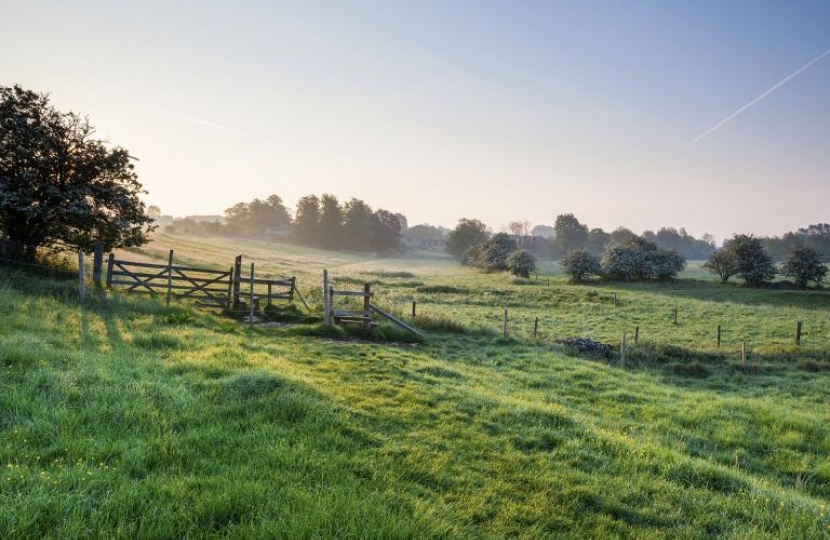 Robert, who led calls for a Shared Rural Network to extend mobile rural coverage to hard-to-reach areas, says a new deal between Government and the phone industry will mean that poor mobile coverage in parts of West Oxfordshire and elsewhere will be a thing of the past.

The new plans for all operators to share phone masts to improve UK coverage is a world first. It will mean EE, O2, Three and Vodafone will invest £530 million in a network of new and existing phone masts they would all share and which any mobile user can access and which would be supported by £500 million investment from Government.

The  move follows an initiative supported by Robert and 72 cross-party MPs to write to the then Secretary of State for Digital, Culture, Media and Sport, Jeremy Wright MP asking him to support a Shared Rural Network which would significantly improve rural coverage and enhance economic, educational and leisure opportunities in rural areas.

Robert said “This is fantastic news. It will make a huge difference to so many people in West Oxfordshire where, in some areas, there is no mobile coverage at all. It will put an end to the frustration felt by thousands of people who currently feel cut off and mean people will get good 4G signal on the go wherever they live, work or travel and it will have a big impact on the local economy. It will bring 4G coverage to 95 per cent of the UK by 2025 and will go a long way to closing the digital divide that exists across the country in line with the Prime Minister’s pledge to level up the country with world-class digital infrastructure across the country to make sure homes and businesses are better connected.”

The current Digital Secretary, Nicky Morgan said “We are determined to make sure no part of the country is left behind when it comes to mobile connectivity. We are closing in on a deal with the mobile network operators so those living in rural areas will be able to get the fast and reliable mobile coverage they need and deserve. Brokering an agreement for mast sharing between networks alongside new investment in mobile infrastructure will mean people get good 4G signal no matter where they are or which provider they’re with.”

A final agreement between Government and the mobile industry is expected early next year.