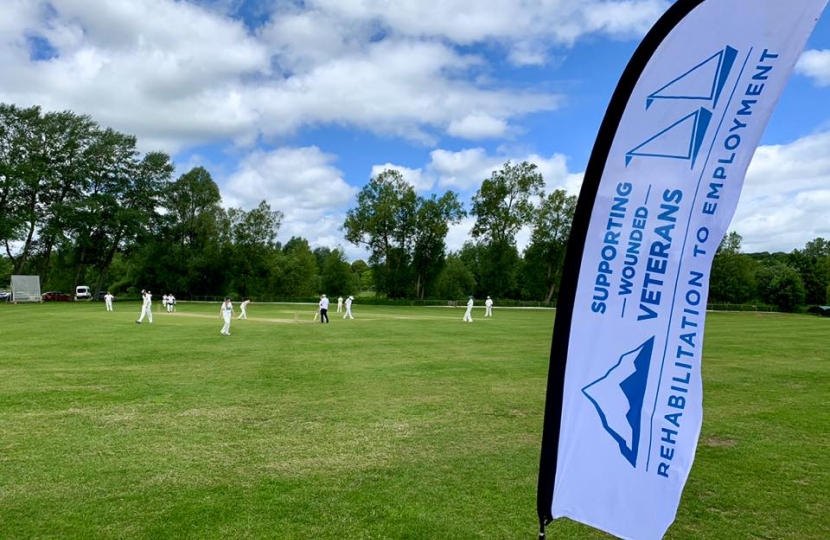 On Sunday, Robert attended the annual Veterans v The Rest of The World cricket tournament in aid of Supporting Wounded Veterans at the Swinbrook Cricket Club, which featured a very special appearance by West Oxfordshire’s own RAF Falcons, the UK’s premier military - and the RAF's - parachute display team based at Brize Norton.

Supporting Wounded Veterans was founded to help physically and mentally wounded veterans back into civilian life.

Founded in 2012 as Skiing with Heroes, they have developed a needs-based comprehensive programme to assist the wounded. Over 90% of the Veterans they have assisted have successfully returned to employment, meaningful occupation or training.

Robert said: "Many thanks to everyone who organised this wonderful, enjoyable event, particularly in Armed Forces Week, and to the Falcons for their fantastic display - particularly on a Sunday."

You can read more about the Charity’s work at: www.supportingwoundedveterans.com

Encouraging More People to Get Involved With Their Community

We are lucky in West Oxfordshire to have so many volunteers and groups who want to get involved and make their local community a better place.  Since becoming your MP, I have made a strong effort to highlight all the fantastic work they do; it is these community groups that really are the glue th