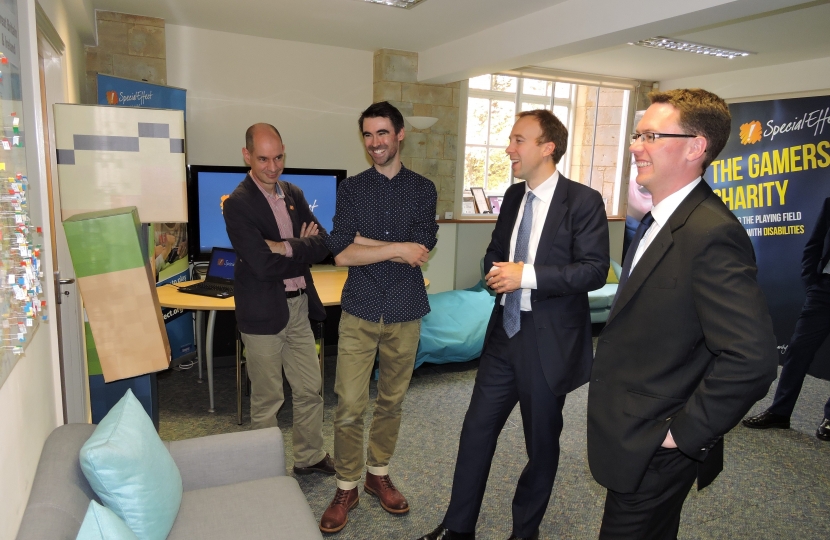 Conservative by-election candidate Robert Courts has welcomed the Government announcement that superfast broadband will be rolled out across West Oxfordshire by this time next year.

The Cotswolds Broadband project is addressing the final 5,800 premises in West Oxfordshire without Superfast broadband coverage.

Robert accompanied Digital Minister Matt Hancock to Special Effect, a charity in Charlbury that helps people of all ages with disabilities to play video games.

Matt Hancock MP said: "Robert is already a strong voice for Witney and has been making the case on broadband.

"Thanks in part to his work, I can announce that everyone in West Oxfordshire will be able to get Superfast broadband by this time next year.

"If elected, Robert will be a strong local champion in Parliament for Witney and West Oxfordshire."

Robert Courts said: "Broadband is essential for homes and businesses. That is why I've been campaigning for high speed broadband across West Oxfordshire for all homes, including those in hard-to-reach rural areas.