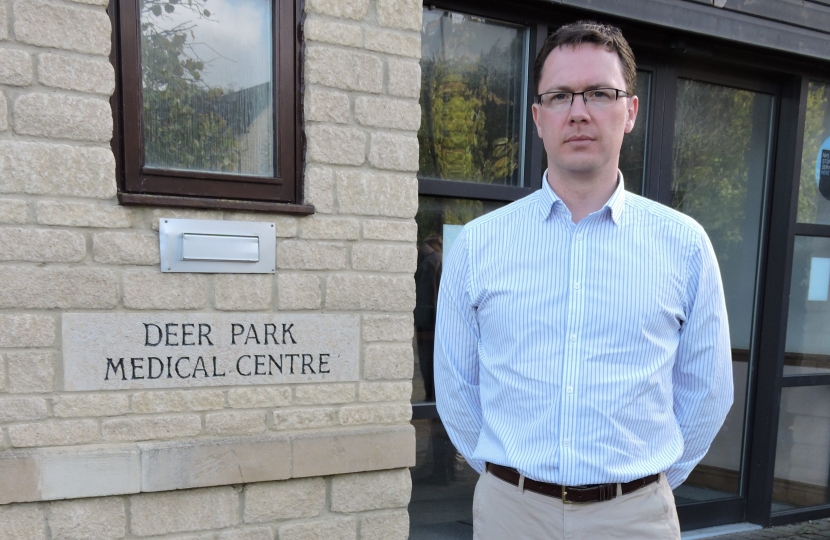 Following the announcement that Deer Park Medical Centre will close and the downgrading of maternity services at the Horton Hospital, Robert wanted reassurance that the CCG is going to engage with as many local residents as possible when considering the future of health services in West Oxfordshire.

In his letter to Dr Smith, Robert wrote: “I am gravely concerned about the effect that making these decisions without effectively engaging either local residents or patient groups has on the relationship between health service providers and the communities that we all serve.”

Commenting Robert said: “Like many local people, I am concerned by recent changes to health provision in Witney and West Oxfordshire.

“That is why I have written to the Chief Executive of Oxfordshire CCG to get reassurance that there would be adequate public consultation before any further developments.

“If elected I will work with health bosses locally and be a strong voice in Parliament to make the case for maintaining and improving West Oxfordshire's services."