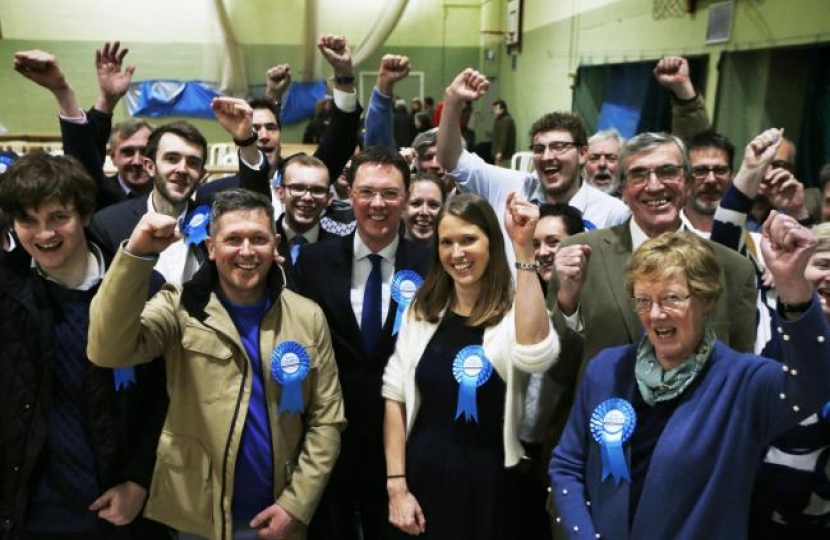 Robert has been re-elected as the Member of Parliament for Witney and West Oxfordshire in the 2019 General Election.

Robert received a higher number of votes than in the 2017 General Election and achieved over 55% of the vote.

Speaking after his re-election, Robert said: "Thank you to the people of West Oxfordshire for re-electing me as your Member of Parliament.

"I am truly humbled by your continued support. It is an honour to represent the area I love - and I will continue to work tirelessly on behalf of everyone in West Oxfordshire.

"I want to also say a huge thank you to my wonderful West Oxfordshire Conservatives campaign team. No candidate stands alone, and I could do nothing without their help.

"I am now looking forward to getting back to work in Parliament next week. It’s time to unite our country and move forward."