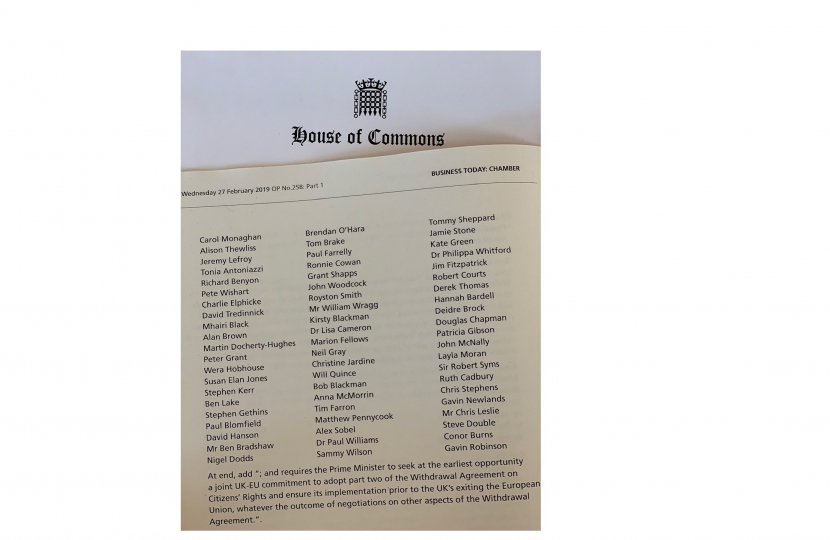 Robert has supported and co-signed the Costa Amendment to secure the rights of EU and UK citizens post-Brexit.  The Amendment, introduced by Alberto Costa MP, would seek to adopt part two of the Withdrawal Agreement (which protects citizens' rights) and ensure its implementation prior to the UK's withdrawal from the EU, whatever the outcome of negotiations on other aspects of the Withdrawal Agreement.

Robert said: "Pleased to have signed and to be supporting the Costa Amendment to secure the rights of EU and UK citizens post-Brexit in any event. Whatever the outcome of the negotiations we have a moral duty to provide certainty to citizens and guarantee their rights.

"Delighted the Amendment has received such wide cross-party support and I hope it will be passed by the House tonight."