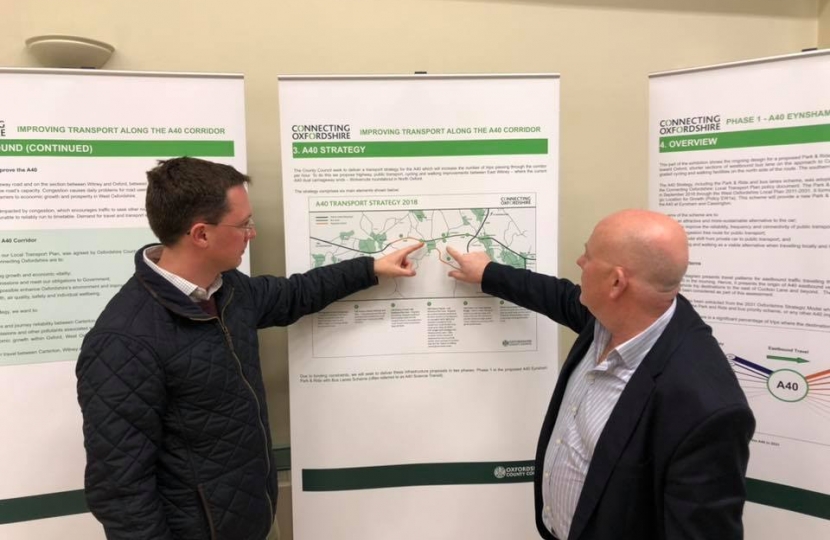 Long-awaited A40 slip roads in Witney are a step closer to becoming a reality after Oxfordshire County Council's cabinet agreed the land acquisition process to build slip roads on the west side of Shores Green, which connects Oxford Hill and the A40. Design work is set to begin this summer to help identify the land needed for the slip roads.

The improvements are expected to ease town centre traffic and reduce pollution on Bridge Street, one of two areas in West Oxfordshire falling short of national air quality standards.

Welcoming the news, Robert said: "Pleased that OCC's Cabinet have agreed the land acquisition process to build the West facing slip roads at Shores Green on the A40. This is an important infrastructure upgrade that has been spoken about for many years, so it is great news for Witney that it is now being delivered."