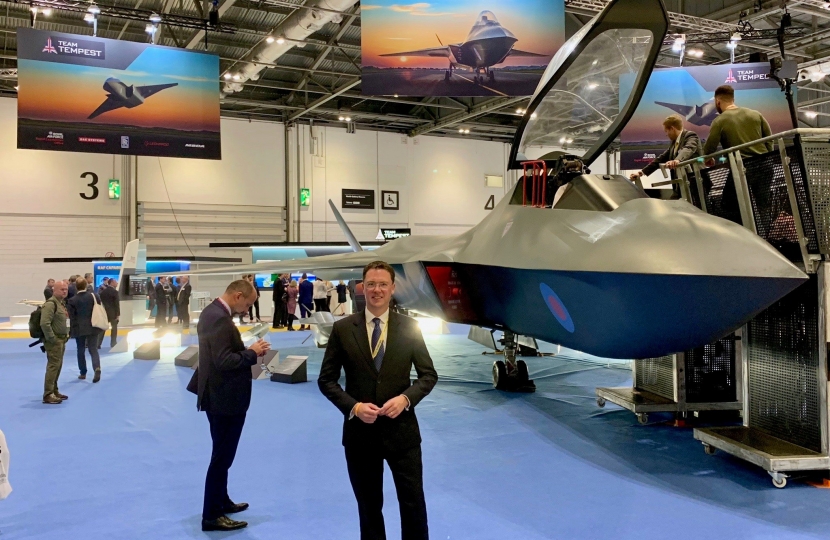 Italy will join the British-led Team Tempest programme building an advanced fighter jet, boosting the project's chances of getting the aircraft off the ground.

Tempest is a collaboration between the British Government and industrial partners BAE Systems, Rolls-Royce, MBDA and Leonardo - and Robert is credited with having led the "parliamentary pressure" that led to its introduction.

It aims to build a 'sixth generation' fighter featuring stealth technology, laser weapons and a swarm of drone wingmen which will be in service in 2035. It will guarantee work for Britain’s £6bn-a-year combat aircraft industry that employs 18,000 people and is a major source of defence exports.

Italy coming on board - joining Sweden, which agreed to work alongside Tempest on future combat in the summer - gives the project a further boost.

Speaking after the announcement, Robert said: "It is excellent news that UK & Italian industry signed agreement this morning to support ⁦⁦⁦Team Tempest. Italy & the UK have a long record of joint success, and I'm delighted this will continue as we build next generation air power for ⁦⁦⁦⁦⁦the Royal Air Force."

I have long argued for and pressed the Government to take a strategic look at the UK's future air capability.  It is important that we adopt a long-term, strategic vision that unites military and industry needs.  This will provide not only better value for money for the tax payer, but also more c