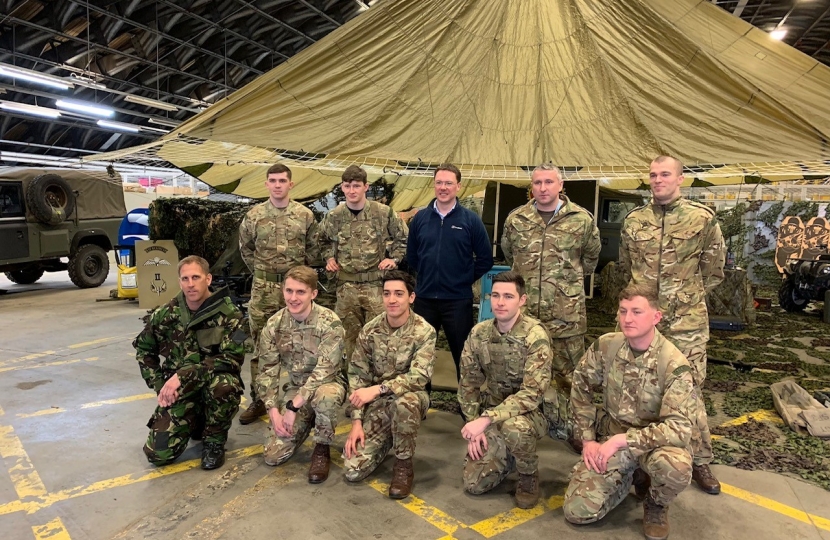 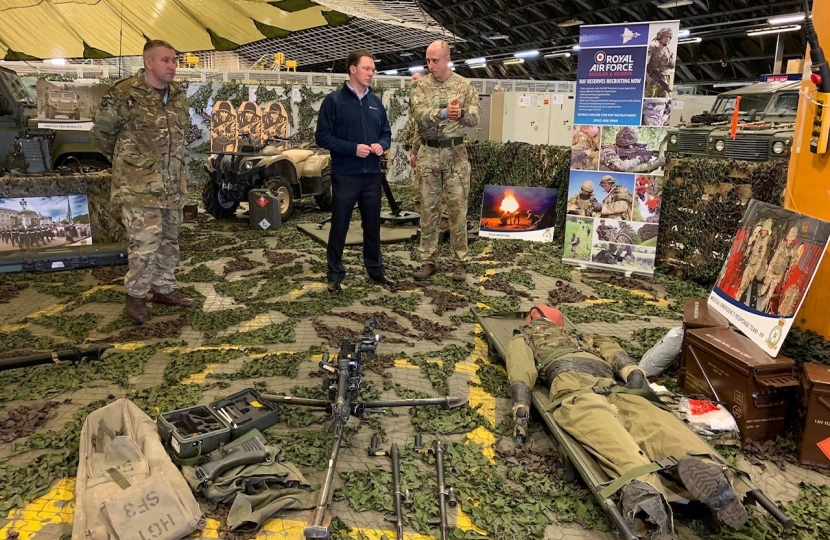 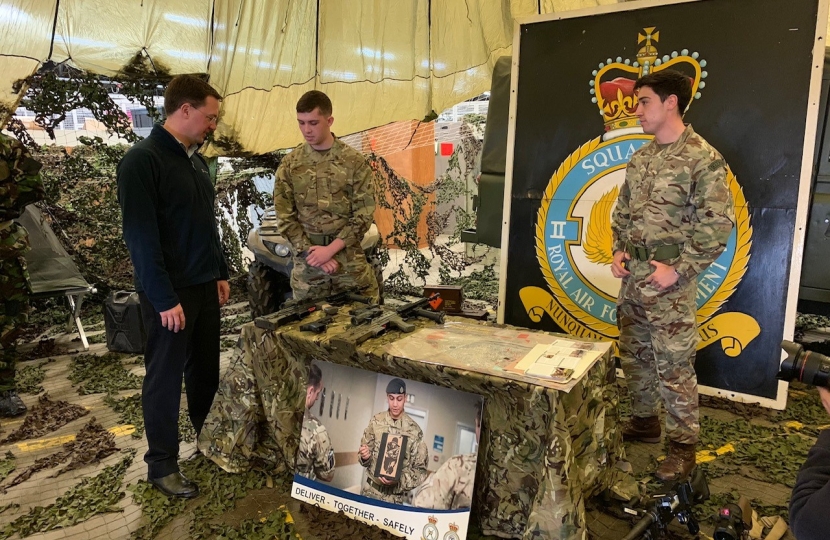 The Squadron, originally formed in 1922, has a prestigious reputation and decorated history, which includes performing some of the first reconnaissance in the Western Desert in 1940 for the British Army.

During the visit, Robert met with Squadron personnel at Brize Norton to receive a tour around Squadron lines and a practical demonstration of their capabilities.

Speaking after the visit, Robert said: “Absolutely honoured to meet No. II Squadron at their new permanent home of Brize Norton. I received a fascinating guided tour around the Squadron lines and was briefed on the capabilities and proud history of II Sqn. Also had the opportunity to speak to Sqn personnel who provided me with a practical demonstration of the equipment and highly specialised capabilities the Sqn and RAF Regiment employs to meet its operational commitments.

“I am incredibly proud to welcome II Sqn to West Oxfordshire and express how pleased everyone is that such a skilled, specialised, famous unit is at Brize Norton to offer force protection to the UK’s aircraft - and West Oxfordshire’s constituents - both at home and when deployed.”