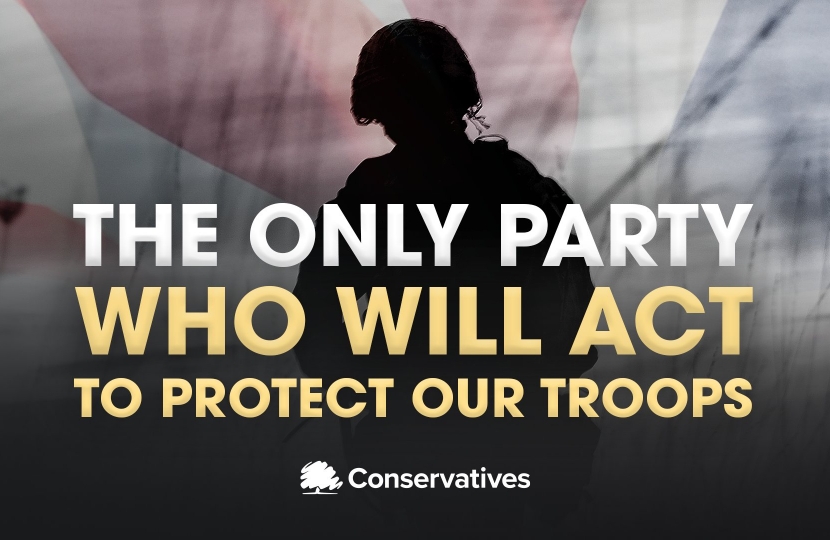 Robert said, "Today, MPs will vote on the landmark Overseas Operation Bill, which will deliver on our manifesto commitment to tackle vexatious claims against our troops serving overseas. I fully support this Bill which delivers on an issue I have campaigned on for some time, protecting our service men and women from being hounded by legal firms after they have served on operations.

"Our Armed Forces put themselves in harm’s way day in, day out, to keep our country safe – so it’s only right that we protect them from unfounded and vexatious claims.

"The Overseas Operations Bill will prevent the continued legal pursuit of our troops where there is no new evidence by making the first amendments in law to the HRA. A new five-year limit on the time in which troops can be subject to legal claims, apart from in exceptional circumstances, will help stop unfounded allegations.

"By ending the cycle of reinvestigations and vexatious claims that can plague our veterans, while ensuring victims always have access to justice, we can repay the extraordinary commitment and courage shown by the men and women who defend our nation."