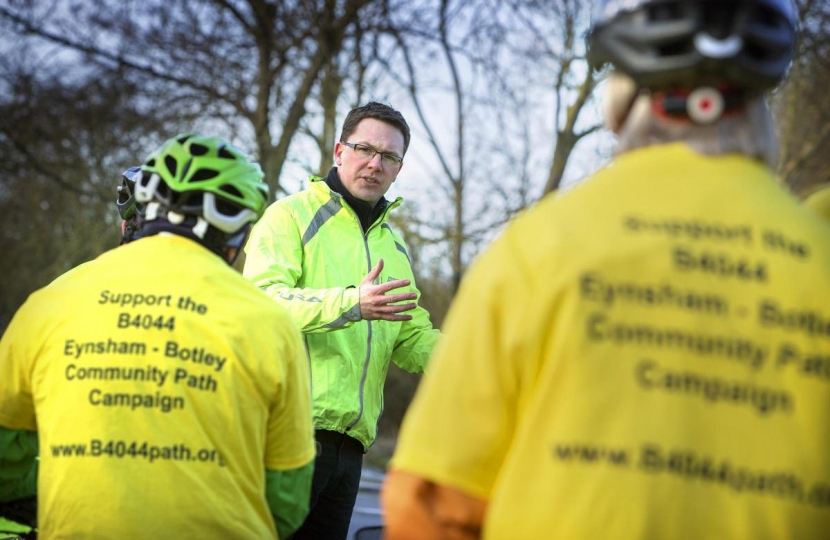 Robert has warmly welcomed the news that the active travel boom seen throughout the pandemic will continue to thrive thanks to a £338 million package to boost cycling and walking across the country, announced by the Government today.

Infrastructure upgrades, changes to The Highway Code and new requirements to ensure that active travel schemes’ effects are properly assessed are among the raft of measures included in the Summer of Cycling and Walking document published today.

It comes after last year saw cycling rise more than in the previous 20 years put together, with the number of miles cycled on British roads rocketing by 45.7% to 5 billion.

As the UK prepares to host COP26 later this year, these initiatives will play a key role in the Government’s drive to build back greener from the pandemic and achieve net zero emissions by 2050.

This announcement builds on the Prime Minister’s £2 billion gear change cycling and walking programme which was announced exactly one year ago. It also builds upon the Government's successful Active Travel Fund, which last year saw Oxfordshire receive over £3 million for active travel improvements.

Commenting on the announcement, Robert said: "This significant funding package is welcome news for those of us in West Oxfordshire who champion the merits of cycling and walking. It represents an important step forward as we look to further develop important projects such as the B4044 Eynsham-Botley Community Path and fresh ideas such as the Northmoor-Standlake-Stanton Harcourt Cycle Path, which I recently met with Northmoor Parish Council to discuss.

"Millions of people across the country have found over the past year how cycling and walking are great ways to stay fit, ease congestion on the roads and do their bit for the environment. As we build back greener from the pandemic, it's important that we keep that trend going by making active travel easier and safer for everyone."