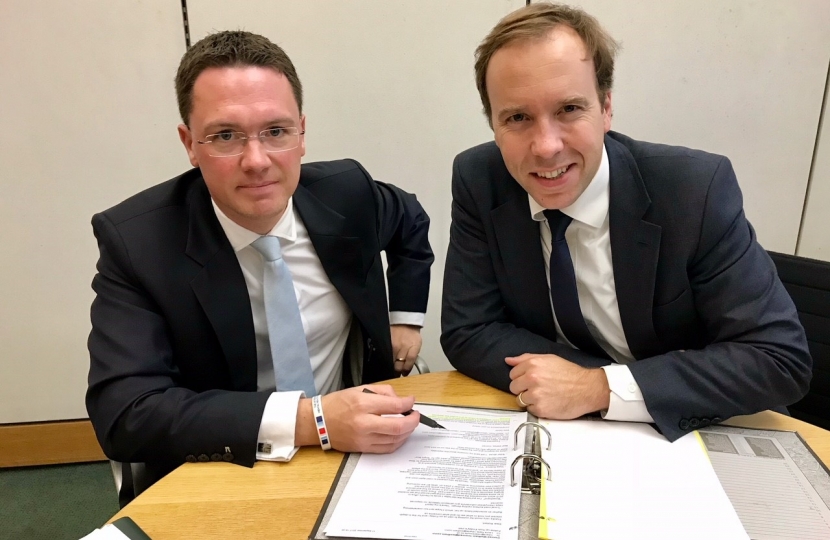 It was announced today that Oxfordshire has been selected as a 'trailblazer' area for the Government’s ambitious plans to transform children and young people’s mental health.

Speaking after the announcement, Robert said: "This new initiative takes us a long way towards the joined-up approach to mental healthcare that we need, with schools and the NHS working closely together. The plans include each school having a designated mental health lead, training new mental health support teams and trialling a new four-hour waiting time target. On top of this, the Government is seeking to train up to 8,000 new mental health practitioners, starting in January.

"It is an uncomfortable statistic that approximately 10 per cent of 5-16 year-olds have a clinically diagnosable mental health problem. Whilst huge strides have been made in recent years, there is still much to do to achieve parity of esteem between mental and physical health.

"I look forward to working with Oxfordshire health bosses and colleagues to ensure we truly transform youth mental health in our area."