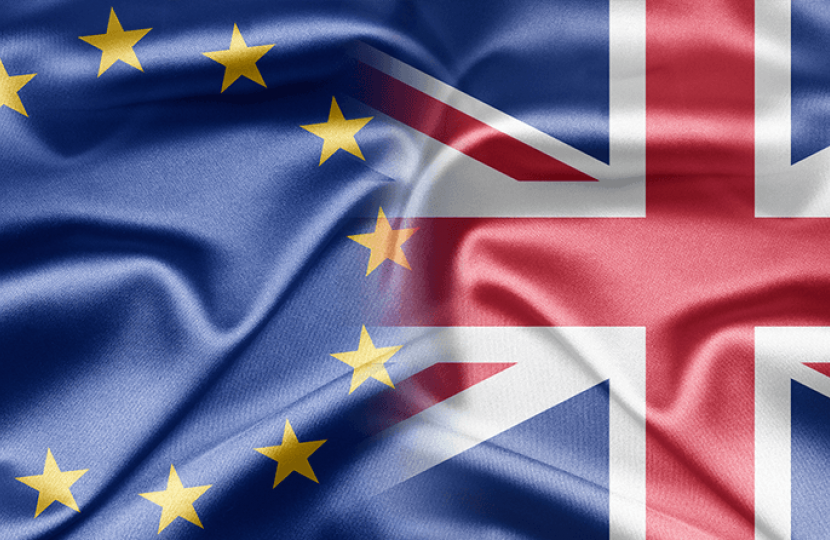 Following yesterday evening’s vote in the House of Commons, I thought I would update constituents on my reasons for voting against the Cabinet’s Withdrawal Agreement and Political Declaration, and to indicate how I expect that I will vote in the coming days.

In January, I voted against the ‘deal’ and, in doing so, took the very difficult decision to vote against my Party for the first time in my 2 years in the House of Commons. I did so because I believed the proposals threatened the integrity of our country, would keep us trapped indefinitely in a customs union and would leave us in a weak negotiating position for our future relationship – breaching several explicit Manifesto promises on which I was elected as your MP in 2017.

In my view our parliamentary democracy is the most precious inheritance that we have and it, with the right to hold accountable those who make the laws we must abide by, must always be protected. Politicians come and go. The only thing one can rely on in defence of liberty is the law, and the ability to control those laws is paramount.

I will not vote to give away powers that are not mine to give away and I ultimately have to vote according to what I feel is right, recognising that there are no easy solutions and that it is impossible to please everybody.

The Attorney-General has been quite clear that the deal as it currently stands is essentially unchanged from that which we voted on in January and which I wrote about in detail at the time.

I have considered all the legal aspects in detail and have contributed to a paper, published yesterday, which sets out why the documents agreed in Strasbourg on Monday night do not deliver the substantial legal changes to the Withdrawal Agreement that the House of Commons voted for only recently in what is called the “Brady Amendment". They certainly do not provide any exit mechanism from the backstop which is under the UK’s control. I do not consider that the UK will ever be likely to establish that the EU is acting in “bad faith”, which is the only prospect of securing even a temporary suspension of the backstop.

It is for these reasons that with enormous regret I felt that I had no choice but to vote against the Withdrawal Agreement. I believe our country can – and must – do better than this and I shall continue to work for the good compromise agreement that is in the best interests of our country.

Some important votes will also take place today and tomorrow regarding our date of departure from the European Union. I believe that leaving the EU on 29th March provides more certainty for business, enabling them to take the decisions necessary for their businesses to remain successful. An extension of Article 50 would simply prolong uncertainty for people across the country and, at worst, could be a back door to remaining in the EU – which would truly be an affront to democracy. Nonetheless, I am pragmatic and well aware of the need to compromise, and so I would not object to a short extension if, and only if, it were for the purpose of securing time to put a sound plan into effect. For this reason, I expect that I will vote in favour of the amendment tonight that sets out the “Malthouse” compromise. This compromise - which I have long supported and I wish the Government had wholeheartedly adopted - brings together committed Remainers and committed Leavers, and provides a sensible, compromise way forward, with the possibility of bringing together both sides of the Conservative Party, Parliament, and ultimately the country.

With regards to “no deal.” Whilst I want, and have always wanted, a compromise Withdrawal Agreement, it would be a highly damaging act to remove the possibility of what is called “no deal” - but which would better be described as “trading on World Trade Organisation” terms, given the amount of practical deals that have been reached in any event - as an outcome. This is simply because it would be devastating to our negotiating position, and consequently, counter-intuitively, to the likelihood of our obtaining a good deal. So, whilst I consider “no deal” to be a suboptimal outcome and one I do not advocate, it simply has to remain an option and so I expect that I will vote against any attempt to rule it out tonight.

The Conservative Party made clear commitments in our 2017 General Election Manifesto regarding Brexit and it is upon that manifesto that I am elected, and in that are the promises I made at the time. As your Member of Parliament, I am elected to take decisions and keep my promises. Sometimes these decisions are not easy ones to take – but at all times I remain committed to doing what I believe to be in our country’s, and West Oxfordshire’s, best interests.