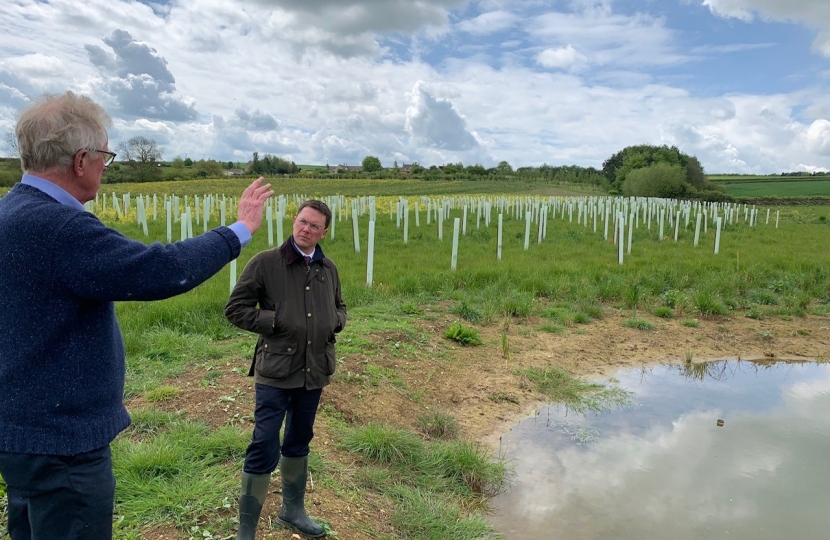 Robert has welcomed the news that two nature projects in West Oxfordshire have been awarded a grant from the Government’s Green Recovery Challenge Fund.

The two successful projects are:

Following the success of the first round, the Government doubled the size of the Green Recovery Challenge Fund, allocating an additional £40 million investment for a second round of funding.

The Green Recovery Challenge Fund is a short-term competitive fund, which has kick-started environmental renewal, and created and retained thousands of jobs in England. It has been delivered at pace, supporting nature-based projects to tackle climate change, restore nature, and connect people with the natural environment.

Out of 273 applications, 90 high-quality projects, are being funded under this second round. This round of funding builds on the Prime Minister’s 10 Point Plan to kick-start nature recovery and tackle climate change, helping the nation build back greener from the pandemic.

Robert said: "The environmental and conservation charity sector play a vital role in protecting, restoring and improving the natural environment, for the benefit of local communities and the economy. I am delighted that this Defra-led Fund is supporting important nature projects in West Oxfordshire and that nationally it is on track to support over 2,500 jobs, plant almost a million trees, and increase nature recovery at a huge scale."

Encouraging More People to Get Involved With Their Community

We are lucky in West Oxfordshire to have so many volunteers and groups who want to get involved and make their local community a better place.  Since becoming your MP, I have made a strong effort to highlight all the fantastic work they do; it is these community groups that really are the glue th