Update for EU Citizens in the UK - Settlement Scheme 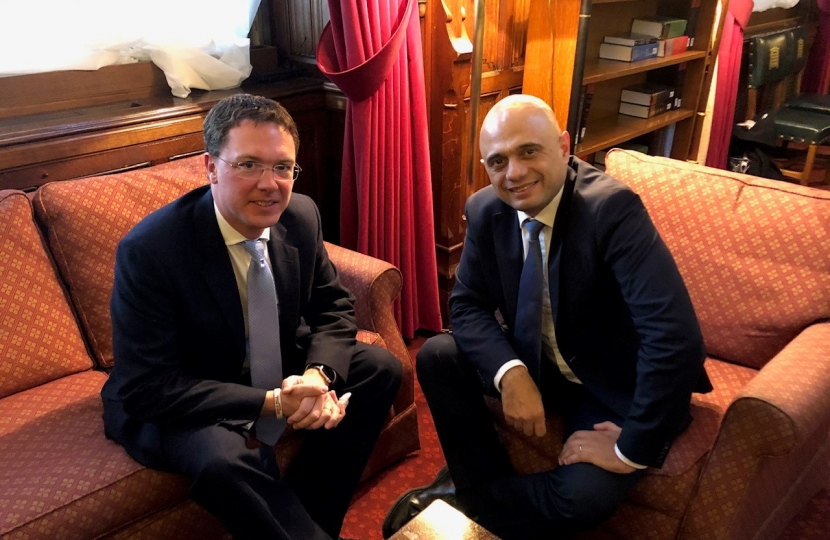 Quite rightly, it has always been a priority for the UK Government to protect the rights of EU citizens living in the UK, and the reciprocal rights of UK nationals living in the EU. Fundamental to that is a registration scheme. This will mean we can avert a situation in future years where people with every right to be here find they have difficulty evidencing their status.

Throughout establishing this scheme the Government has always been clear that the UK greatly values the contributions EU citizens make to the social, economic and cultural fabric of the UK and that we want them to stay in the UK.  The Government has therefore strived to remove any doubt for EU citizens resident in the UK.  Through the 'settled status' scheme, the Government has made it as simple and straightforward as possible for EU citizens to obtain a UK immigration status: they will just need to prove their identity, confirm their UK residence and declare any criminal convictions. Under the draft Withdrawal Agreement, the deadline for applications to the scheme for those resident here by the end of 2020 will be 30 June 2021.

In any scenario, deal or no deal, the EU Settlement Scheme will enable EU citizens living in the UK before exit to be able to stay and continue their lives here much as before, with the same access to work, study, benefits and public services that they enjoy now.  I am pleased that a number of EU member states have followed the UK's pledge for British citizens in their jurisdiction, and I know the Government is working hard to secure reciprocal guarantees from remaining member states.

EU citizens living in the UK will be able to obtain their status under UK law online when applying to the EU Settlement Scheme.  A postal route for submitting evidence will also be available.  Furthermore, the Government is committed to supporting vulnerable groups of EU citizens and their family members, in protecting their status in the UK, by providing them with the help and support they need to apply to the EU Settlement Scheme.

I am told Ministers are pleased with the progress made in getting the EU Settlement Scheme ready.  It is currently in a voluntary test phase but over 100,000 individuals have successfully applied in the test phases and there were over 8,000 on the first day of public testing alone. So far there have been no refusals.

Individuals will be able to use any laptop or mobile device to make an application. It is only during this current phase of testing that people need to use the Identity Document Check app to verify their identity, which is currently only available on Android devices. Those with Apple iPhones will for the time being not be able to use their device to self-verify their identity because it is the present policy of Apple not to allow any third party access to the iPhone “ID chip”.  I am told, however, that the Government is working constructively with Apple and hope to come to a fix for this issue in the coming months.

When the scheme is fully live at the end of March, use of the app will be entirely optional – it is just one of several ways people will be able to verify their identity, including by post as we know that this is a traditionally used route for many citizens.  Therefore, the Government has streamlined ID checks so that documents are returned to applicants once checks have been made and independent of the decision on their application (usually within a week). People can also get their passport chip checked in person at over 50 locations.

For those without access to an Android device who wish to apply during this test phase, help is available during the current pilot at ID checking locations nationwide, which will rapidly increase in number ahead of the full opening of the scheme in March.  Under the draft Withdrawal Agreement everyone has until 30 June 2021 to apply.

Assisting the Most Vulnerable:

The Home Office is making sure that the scheme is accessible and capable of handling vulnerable applicants with flexibility and sensitivity.  Protecting the rights of vulnerable citizens is a core element influencing the design and application process of the EU Settlement Scheme, and the Government's communications and engagement plans.  The Home Office is enlisting the help of a wide variety of organisations that have expertise and strong local links with vulnerable EU citizens in communities throughout the UK.

To help vulnerable applicants who may struggle to apply online there will be a dedicated telephone advice service on the number 0300 123 7379.  In addition, the Home Office will offer an assisted digital service for EU citizens in the UK who do not have the appropriate access, skills or confidence to complete the online form.  The Home Office is also translating communications materials into all 23 EU languages and Welsh.  Alternative formats can also be requested.

On 25 October 2018, the Government made up to £9 million of funding available to voluntary and community sector organisations to help reach more vulnerable or at-risk EU citizens and their family members directly.  The grant funding will provide those voluntary and community sector organisations wishing to help EU citizens with the opportunity to do so. There will be two levels of funding awards:

Bids for applications closed on 1 February 2019.  The Government will collate and evaluate the applications and announce which organisations have received funding by the end of March, in time for the full launch of the EU Settlement Scheme.

The Government wants to ensure that the local voluntary and community sector is given all the tools and resources it needs to both inform vulnerable individuals about the need to apply; and to assist them to complete their application so that they obtain the UK immigration status they will need in order to remain here permanently.

In a move I profoundly welcome, the Prime Minister announced on 21 January 2019 there will be no application fee when the scheme fully opens by 30 March 2019.

This demonstrates the strength of the Government's commitment to resident EU citizens, particularly vulnerable groups, by removing any financial barrier for any EU citizen or their family member who wishes to remain here.

EU citizens already living here are very welcome.  The Government has been clear that we want them to stay, whether we reach a deal or not.

On 28 January 2019, the Home Secretary set out provisions for EU citizens and their family members arriving in the UK after we leave the EU in the event the UK leaves without agreeing a deal. In this scenario, the Government will end free movement, and this will happen as soon as practically possible.

We have also been clear that if we leave the EU with no deal, there will be a transitional period where EU citizens will continue to be able to come to the UK.  For those who come for less than three months things will not look any different to now (for an interim period).  They will not need to apply for any immigration status if they do not intend to stay for longer than three months. For those who want to stay longer, they will need to make an application for European Temporary Leave to Remain to stay for a further three years.

This will provide a sensible transition period before we move to a new skills-based immigration system by 2021.

I would urge all EU citizens to sign up for regular email updates on the EU Settlement Scheme, which can be done here.

Furthermore, full details of the EU Settlement Scheme can be found here.