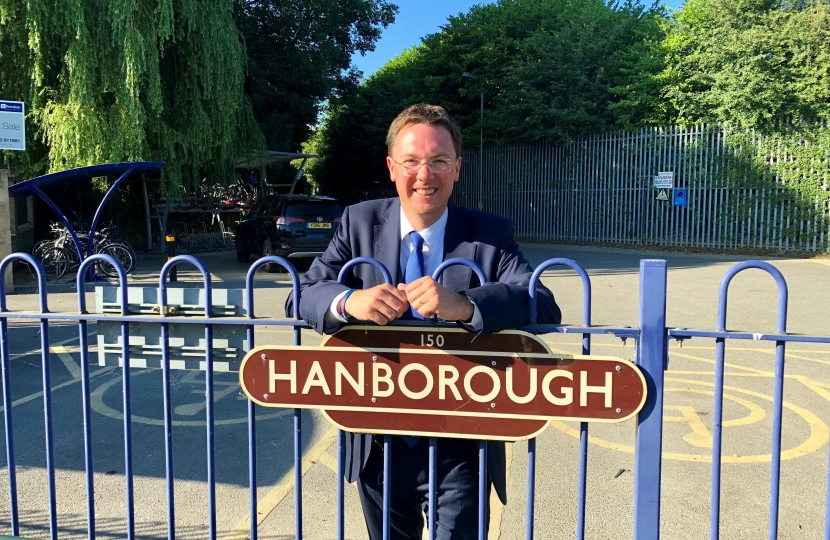 UP TO £200m could be spent to improve the Cotswold line railway, by running extra trains between Oxford and Worcester.

The North Cotswold line currently runs from Oxford to Hereford and crosses many constituencies, one of which is Witney.

Residents of West Oxfordshire could be set to benefit from the proposed improvements with the possibility of four trains per hour running at least as far as Hanborough, perhaps to Charlbury or Moreton-in-Marsh.

There is also the potential of a Didcot-Oxford-Hanborough shuttle slotting in between the trains.

The task force behind the project - North Cotswold Line Task Force - has asked the Department for Transport for more development money.

The group is a culmination of county councils, local enterprise partnerships, the rail industry and the Cotswold Line Promotion Group.

Ian Hudspeth, leader of Oxfordshire County Council, is hopeful the plans can be implemented within five years.

He said: "If everything goes well, and we get the funding announcement, we hope it can be delivered by 2024."

The improvements would see the redoubling of four miles of track from Wolvercote junction, Oxford to Hanborough station.

The plans also include a second platform and a park and ride centre at Hanborough.

"December also saw the introduction of a new timetable that has delivered more frequent services on the Cotswold line.

"I am now campaigning for further redoubling of the Cotswold line, which will transform the reliability and frequency of rail services in West Oxfordshire.

"Redoubling the line will also make possible my vision for Hanborough station to serve as West Oxfordshire's public transport hub - with regular rail services to and from Oxford and beyond, combined with integrated bus and cycle links.

"Upgrading the Cotswold line is at the heart of building a truly integrated transport network in West Oxfordshire, cutting congestion and emissions whilst enabling better journeys for commuters."

Anneliese Dodds, MP for Oxford East, is also a supporter of the plans.

She said: "I am pleased to hear about upgrades to the railway line in West Oxfordshire.

"Investing in the line through to Worcester and removing bottlenecks would make a real difference.

"In addition however, we really need an improved North Cotswold line to be linked through to East Oxford with a passenger-carrying Cowley branch line.

"That would properly connect the city, and reduce journey times and congestion".

Mr Hudspeth added: "I've been working on this project to improve the line for the last two and a half to three years.

"We want to encourage more people onto rail, making it an extra option for people's connectivity into not just Oxford, but London too."

A Network Rail spokesperson said: "We remain committed to meeting capacity demands as well as improving the station environment for passengers."

The business case for the plans has gone to the Department for Transport.

People across West Oxfordshire rely on our railways to get to work and to visit family and friends.  With heavy congestion on our main roads, it is essential that we have railways that are fit for the future and a transport system that keeps us moving.