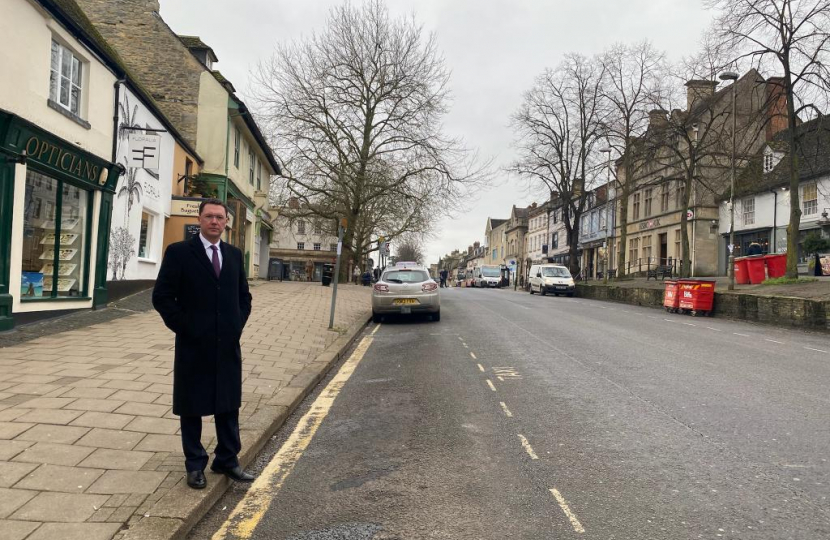 Robert, together with two local Conservative District Councillors, has written to Liberal-run Oxfordshire County Council regarding the recent closure of Witney High Street.

Following discussions with local traders and residents over a number of weeks, Robert and the local District Councillors have written to raise concerns about the lack of proper planning regarding the closure, which is impacting local traders and causing chaos on the roads surrounding the High Street. Furthermore, they are concerned at the lack of proper consultation both prior to the closure and subsequently, when traders and residents have attempted to raise concerns. They are therefore calling on the County Council to start listening to the concerns of locals.

“We all want to see a thriving High Street in Witney, but that requires a County Council that is willing to listen to the businesses which are the lifeblood of our local economy and which give the town its unique character.

“Rather than continuing with its dismissive approach, the County Council must urgently engage with local traders and residents who have expressed concerns over the impact of the closure.

“We all need to have our say on the future of our wonderful town and a clear plan to ensure its long-term success.”

You can read the letter in full by clicking the link below.