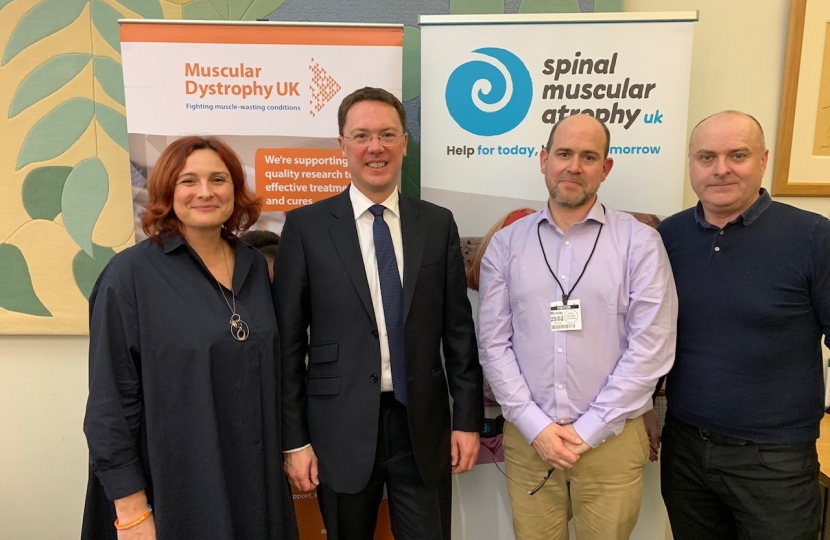 The NHS has announced that it has reached a deal that will make the treatment Spinraza available for those with Spinal Muscle Atrophy.

NICE said in August last year that it could not recommend Spinraza as a cost effective treatment. The rejection came as a great disappointment to campaigners who have since pressed NICE, the NHS, and manufacturer Biogen to break the deadlock to ensure Spinraza is made available to patients on the NHS.

Spinal muscular atrophy (SMA) is the leading genetic cause of infant mortality, affecting one in every 10,000 live births. About 60 percent of patients have the most severe Type 1 form of the disease, which often leads to paralysis, impaired breathing and death by the second birthday.

Speaking after the announcement, Robert said: "Back in February, I met my constituents Mat and Jo at a SMA event in Parliament. They told me the story of their young daughter, who has SMA, and of their desire to have the drug Spinraza approved by NICE and thus available to patients like her on the NHS. Following the meeting, I wrote to the Chief Executive of NICE to express my support for the campaign and to press for the deadlock to end.

"I am therefore delighted at the truly wonderful news that this potentially life-changing treatment is now available to those living with SMA. This would not have been possible without the hard-work and passion of people like Mat and Jo."