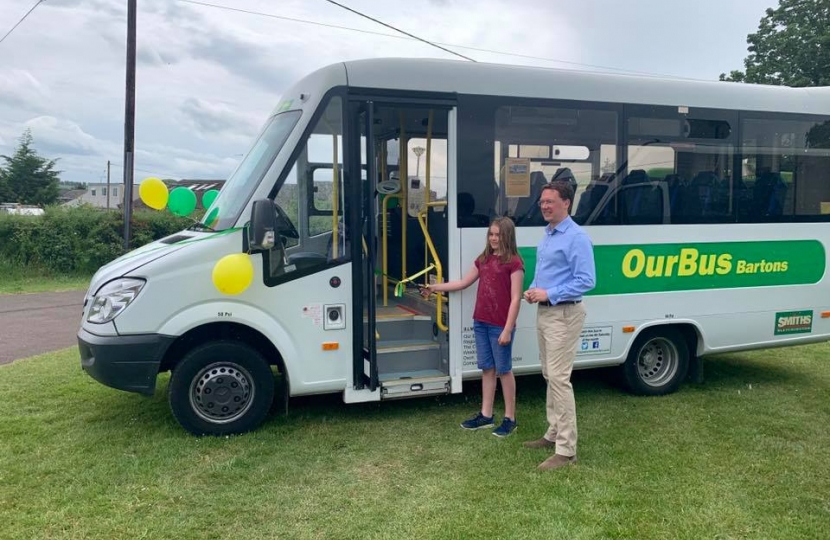 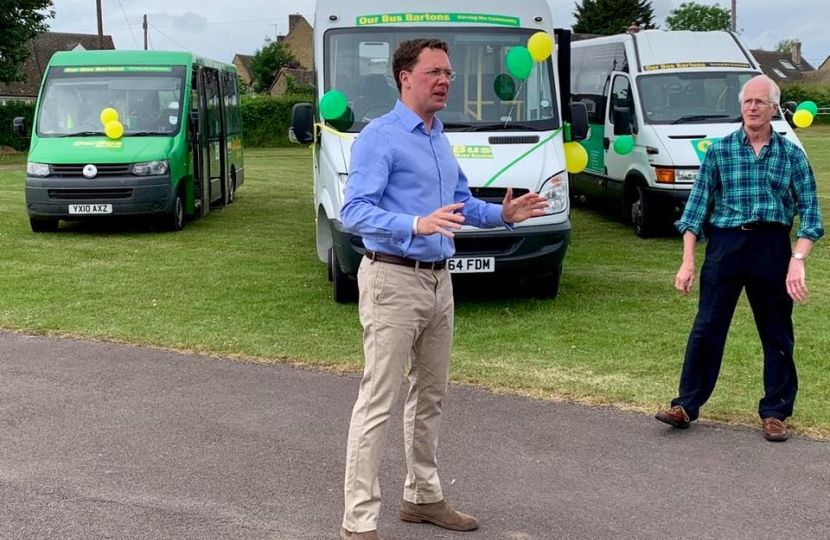 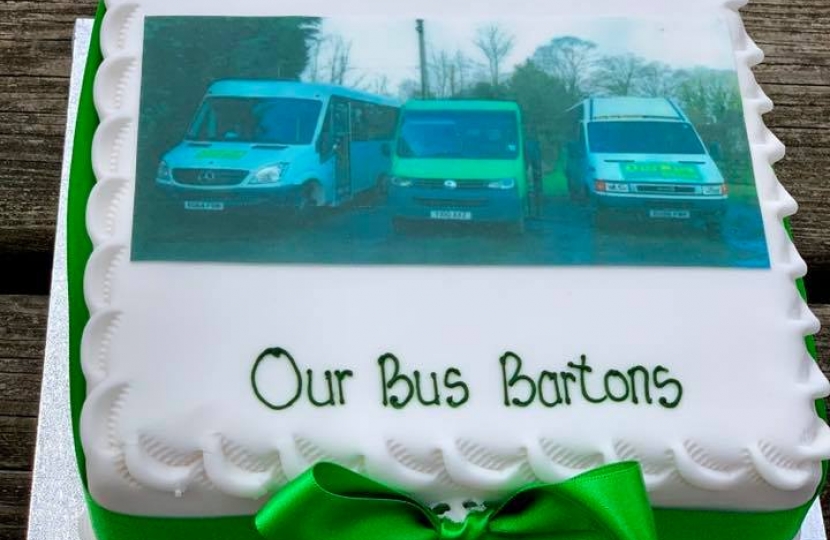 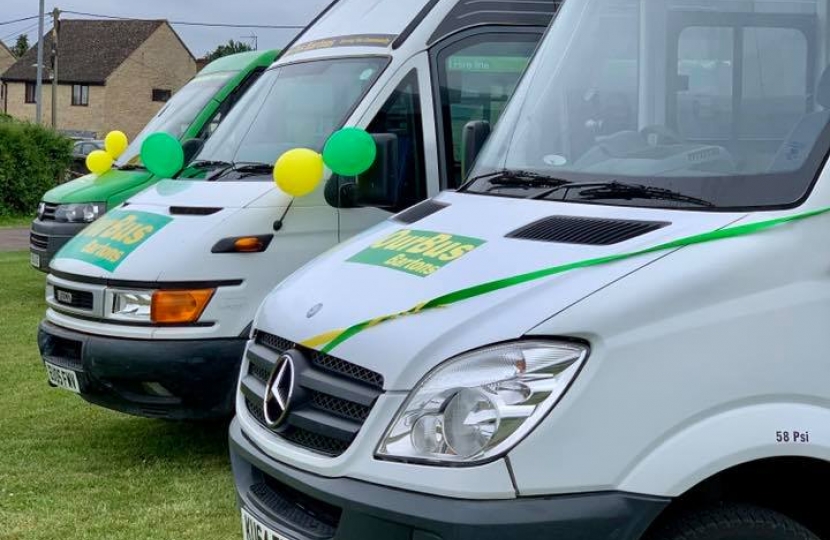 Robert said: "Nearly three years on from launch, OurBus Bartons is a huge, proven success: a leading community transport provider not only in Oxfordshire, but the whole country.

"Established in 2016, OurBus Bartons provides a scheduled weekday bus service along nine routes worked out according to the the local community’s needs, and linking the Bartons with transport hubs in larger villages, health centres and supermarkets.

"After a successful first year, the team added a second vehicle and added new routes and welcomed their 10,000 passenger in their second year.

"Now in their third year, the team have added their first new bus, named Bella! I was honoured to catch up with the whole team today to officially unveil the new bus at the AGM with eponymous local resident, Bella!"

OurBus Bartons is available to hire most evenings and weekends and is always happy to receive donations or support from volunteers - find out more on their groundbreaking service, here: http://ourbusbartons.btck.co.uk

Promote the Benefits of Community Transport

With the geography of our area, many people have to rely on community transport to get to where they need to go, be that to work or the doctors or to visit friends or go shopping.