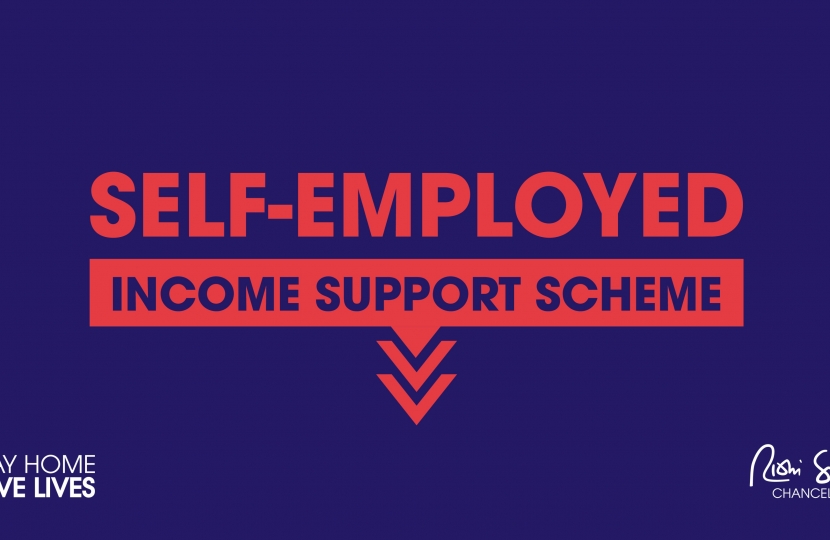 The Government said it would do whatever it takes to protect people’s jobs and incomes – and it meant it. I know many self-employed people are deeply anxious about the support available for them - and I have lobbied on their behalf.

The Chancellor has just announced, as promised, a groundbreaking package of support for the self-employed. It is deliverable, generous, creative, fair - and one of the most generous in the World.

"You have not been forgotten. You will not be left behind. We all stand together." - Rishi Sunak

He has announced something called the Self-Employed Income Support Scheme – helping many of our country’s self-employed workers: the musicians, the sound engineers, the plumbers, the electricians, the taxi drivers, the hairdressers, the childminders, the driving instructors, and many others.

Through this scheme, the Government will pay self-employed people a grant worth 80 per cent of their average monthly profits over the last three years, up to £2,500 a month – that’s unlike almost any other country and makes our scheme one of the most generous in the world.

We know there are challenging times ahead, but we are confident that the measures we have put in place will support millions of people, businesses and self-employed workers to get through this, and emerge on the other side both stronger and more united as a country. And we will get through this together.

The scheme the Chancellor has announced today is fair. It is targeted at those who need it the most. And crucially, it is deliverable:

This builds on the support that is available to self-employed people:

You can read more detail here, some journalistic commentary and FAQs here, and most importantly, here is where you can apply.

Updated guidance on the 'furlough' scheme for employees

Some updated guidance on the 'furlough' scheme has been produced for employees - check here to see if you may be covered: