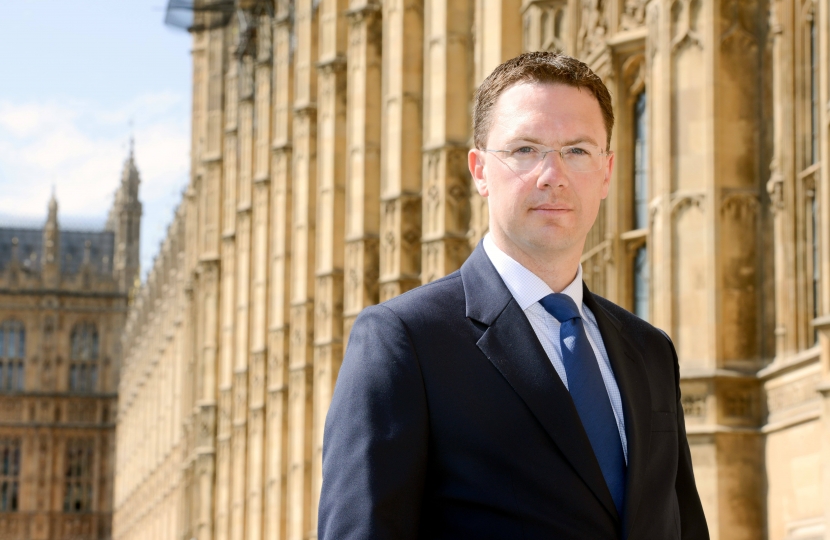 The 2016 Referendum was a historic chance to decide whether Britain was going to remain part of a supranational European project in which she has never been comfortable, or whether she is to be a self-governing, independent nation with clear democratic accountability over the laws that govern her. And the result, whilst not by a massive margin, was nonetheless decisive: more people voted for Brexit than have voted for anything, ever, on the back of a clear promise that the result would be implemented.

Whichever way you voted, our job as a country must surely now be to unite in order to build a stronger and more prosperous future for Britain outside the EU.

The vast majority of my constituents are clear that they accept, now that the decision has been made, that a clear majority voted for a fundamental change in the way that the country is governed.

Unfortunately, the Chequers proposals do not deliver that fundamental change, because they do not address the basic concerns over democratic control and accountability that lie at the heart of the vote to Leave – however you interpret it. It is for this reason that they have proved so difficult to sell.

Chequers would see us giving up control over our manufacturing economy to the EU, following EU rules and regulations but without us having any real say over them. In all but name Britain would remain a member of the European Union in these areas, but without even a seat at the table, bound by ECJ judgements in effect if not in name, whilst still having to hand over vast sums of money.

Chequers would force us to continue to accept the EU’s rules, regulations and taxes in the form of a ‘common rulebook’ and we would have no say in the creation of these laws. That is worse than the position the UK is in now: abandoning rather than taking back control.

The Chequers plan would lock us into a customs arrangement with the EU, hugely restricting Britain’s ability to agree trade deals with the rest of the world – one of the key benefits of leaving the EU. The Prime Minister’s Lancaster House speech of 2017 rightly focused on the ‘Brexit prize’ of restoring an independent trade and regulatory policy, which Chequers simply does not deliver.

We would still be bound by judgments delivered in the European Court of Justice, if not by the direct jurisdiction of the Court – potentially extending to environmental, social and employment laws – and we would be asked to hand over a £40 billion bill, without any guarantee of a trade deal.

Chequers is supported by hardly anybody: not the Conservative Party, opposition parties, the country, or even the EU. It’s been said to be less popular than the poll tax and even unreconciled remainers dislike it, uniting them with leavers in their firm opposition to the plan. Everyone realises that it would leave us half in and half out. It will not deliver the desire expressed in the referendum to bring back control over the laws that govern this country to its own democratic institutions, making Britain a rule taker rather than a rule maker, whilst bringing us few of the positive benefits that Brexit should properly bring.

And Chequers is clearly not the only deal on the table. Last week a collection of trade experts at the Institute for Economic Affairs published a clear and workable, alternative plan – a detailed blueprint for a free trade deal.

This plan, modelled closely on what the EU has already offered us and agreed before with Canada (which is why it’s often called the Canada Plus or SuperCanada plan) would give us full control of our money, borders, laws and trade, allow us to sign free trade deals with the rest of the world and give business a clear set of rules for low-friction trading with the EU once we’ve left. And the solution to the Irish border can be found, given that it is already a border for tax, VAT, currency, excise and security and when both sides have expressed the view that there is no need for new customs facilities for any future checks that may be required.

And it would deliver the referendum decision itself: one for clear democratic control over the laws that govern this country. At the end of this process, I want to see a tolerant, free and open country with close links to Europe in all aspects of trade and security, but on a basis of free, clear, democratic accountability.

This country has a hugely bright and positive future ahead of us outside the institutions of the EU, and close to our European friends and partners – but in order to deliver this future, we must, under the Prime Minister’s leadership, change course.