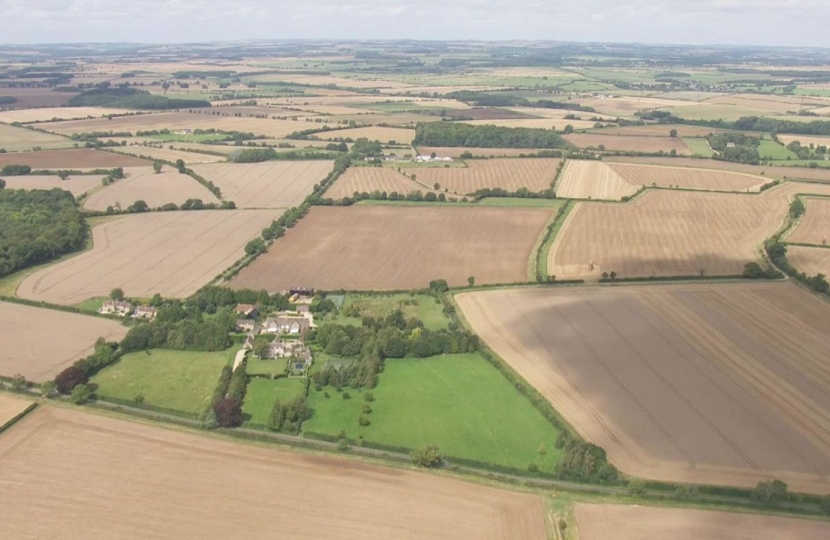 Robert is delighted that a scheme to extend mobile coverage in hard-to-reach rural areas making poor mobile phone coverage a thing of the past has been given the green light, thanks to a major new deal between the Government and UK mobile network operators.

The ‘Shared Rural Network’ will mean that high quality 4G coverage will be available for 95 percent of the UK by 2026 which means consumers will get good 4G signal wherever they live, work or travel. The new plans involves four operators (EE, O2, Three and Vodafone) joining forces to create a new organisation to deliver the ‘Shared Rural Network’. Each will be able to make the maximum use out of existing and new phone masts by being able to host their own equipment on them allowing their customers to access a mobile signal. The scheme will cost more than £1billion made up of £530m from the mobile operators and a £500m investment from the Government.

Robert, who was one of 78 cross-party MPs who wrote to the Secretary of State for Digital Culture, Media and Sport last year to ask for government support for the scheme, said:

“This is really good news for my constituents. Better 4G connectivity will make flexible working, access to education and leisure opportunities easier. It will boost regional economic growth and begin to close the rural-urban digital divide that exists across the country. The mobile has become an essential tool for most of us. It will certainly come as a relief to many people living in West Oxfordshire who are frustrated by the persistent ‘not spots’ which prevent them from carrying out many tasks which other people in urban areas take for granted”.

The ’Shared Rural Network’ will eliminate the substantial majority of the country’s partial not-spots with the added benefit of increasing competition for mobile services, especially in rural areas; deliver on the Government’s 95% coverage manifesto commitment to extend coverage across the country; improve road coverage by reaching a further 16,000 kilometres of roads; involve minimum environmental impact and reduce the need for duplicate infrastructure and ensure that the UK has one of, if not the best, mobile coverage in Europe.

The initiative, which is a world first, follows government proposals for an overhaul of planning rules and is part of the Prime Minister’s plan to level up the country with world-class digital infrastructure across the UK to make sure homes and businesses are better connected.