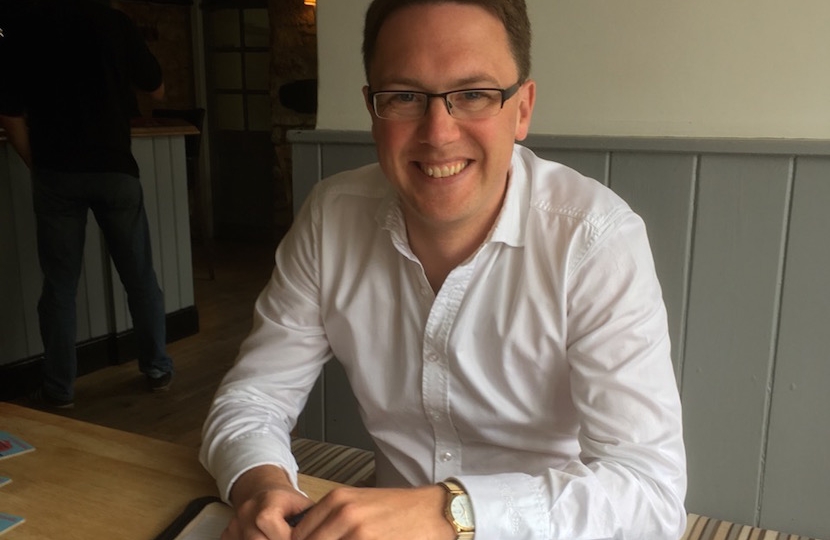 Robert Courts, 37, has tonight been selected as the Conservative candidate for Witney and West Oxfordshire.

Robert has lived locally for several years and in that time has become a devoted champion for the area.

A West Oxfordshire District Councillor since 2014, Robert has been representing local residents for some time.

A barrister by profession, in his free time Robert volunteers as a speaker for Thames Valley Air Ambulance and is a member of the Parochial Church Council in Bladon.

Robert lives with his wife, Kathryn, and his son, Henry, in Bladon, Woodstock.

Commenting on his selection, Robert Courts, said: “I am hugely honoured to have been selected as the Conservative candidate for Witney and West Oxfordshire.

“For the last 15 years we have had a brilliant MP and public servant in David Cameron and it is wonderful that he and his family plan to stay local.

“I believe it is vital that Witney and West Oxfordshire residents continue to have a strong local voice in Parliament and I will work tirelessly to ensure that residents’ views and concerns are heard.

“I look forward to meeting and speaking with as many local residents as possible in the coming weeks and discussing the issues that matter to them.”