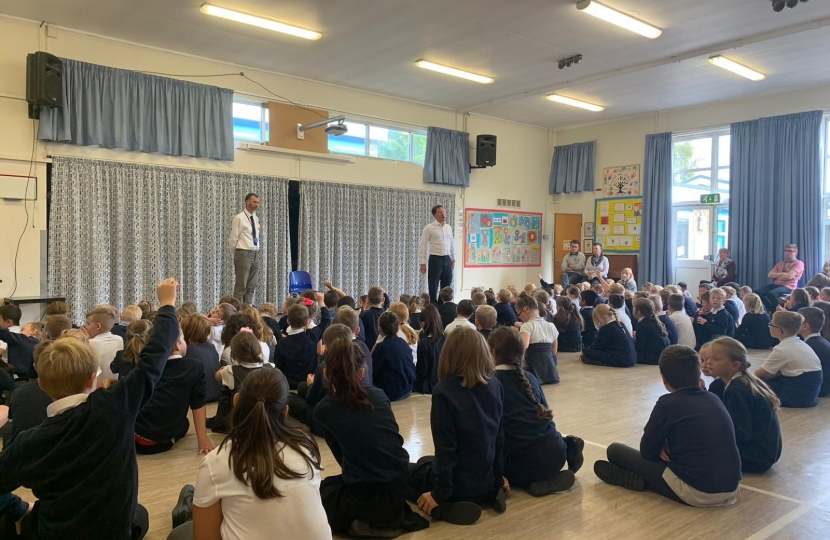 Robert said: "It was great to be back in West Oxfordshire and to spend the morning hosting an interactive assembly at Tower Hill School in Witney, where I explained how Parliament works and invited pupils to debate - and pass - an Act of Parliament. The pupils' debate was incredibly well-mannered, courteous and articulate - quite the contrast to many of the scenes we witnessed in Parliament earlier this week!

"Thank you to everyone at the school for a hugely enjoyable visit."

As a father to two young children, and with a wife who is a governor at a local school, I know just how important it is to have superb local schools to choose from, and how crucial education is to every child's development.  This is never truer than in today's fast-changing, high-tech world.