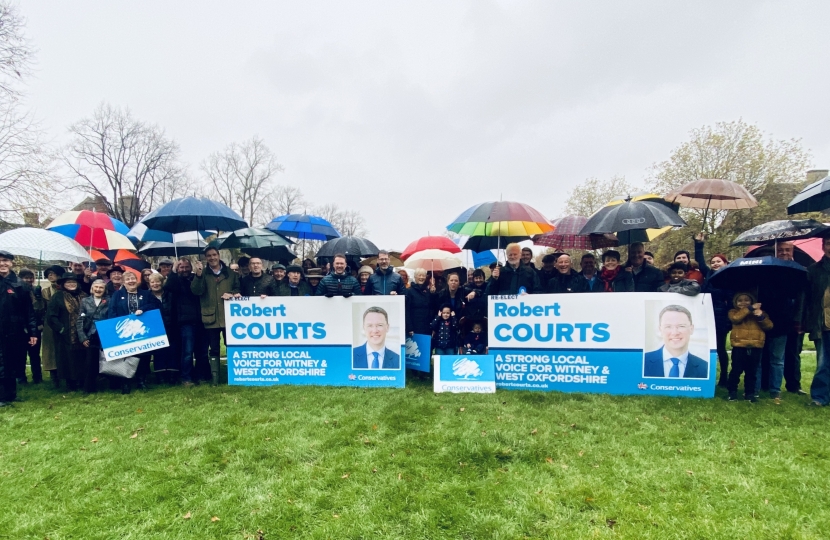 Robert has launched his positive campaign to be re-elected as the Member of Parliament for Witney & West Oxfordshire in the General Election on 12 December.

Speaking after the launch in Witney, Robert said: "Superb turnout for the launch of my campaign to be re-elected as West Oxfordshire's representative in Parliament.

"I will be running a positive local campaign, standing as a genuinely local candidate with a proud record of listening, campaigning and delivering for our area - and with a promise of more in the future.

"I'm looking forward to getting out across our area with this strong local team to spread my plan for West Oxfordshire.

"If you would like to support my positive local campaign then please drop me an email at robert@robertcourts.co.uk"