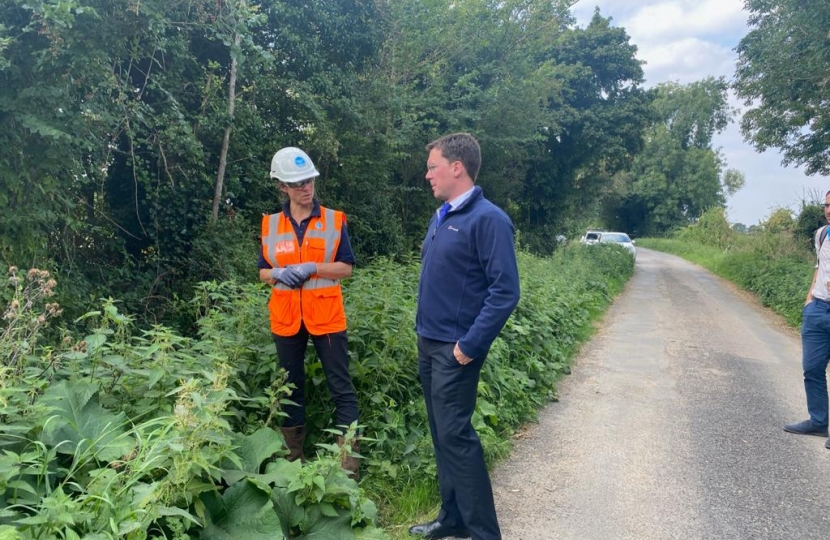 Thames Water's CEO, Sarah Bentley, has responded to Robert's recent letter about sewage spills which took place over the Christmas period in Witney.

Robert wrote to Sarah Bentley to express concern at reports that Thames Water had been routinely releasing sewage from Witney Sewage Treatment Works.

Speaking after receiving Thames Water's letter, Robert said: "I look forward to meeting with Sarah to discuss the expansion plans for Witney Sewage Treatment Works and will do everything I can to ensure these vital upgrades are delivered as soon as possible."

A copy of Sarah Bentley's response, and Robert's original letter, can be read through the links below.