THE TRADE BILL AND THE NHS 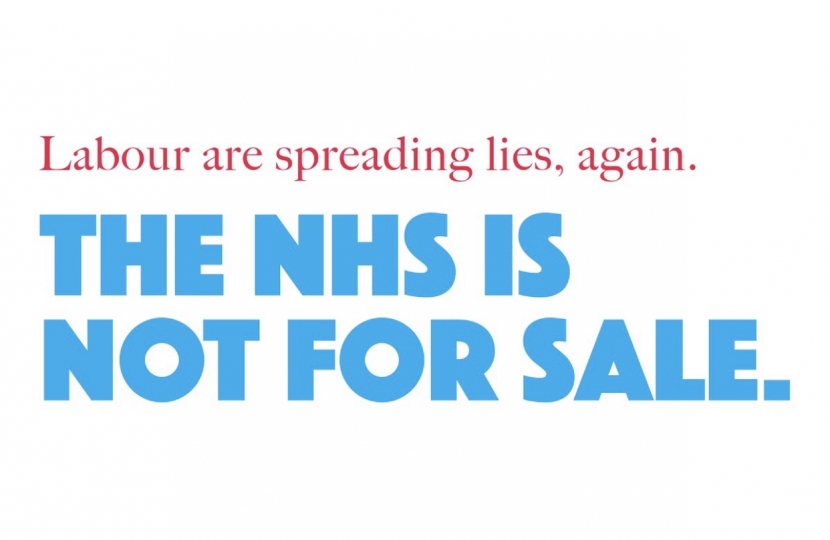 THE TRADE BILL AND THE NHS

You’ll have seen some people suggesting that Conservative MPs have voted against “protecting our NHS from being 'sold to Trump’.”

I am afraid that Labour have been playing political games again for the sake of cheap headlines. No matter what Labour try to claim, the NHS is not, and will not be, for sale in any future trade deals.

Saying that we should have voted to “protect it” is total nonsense, and I am going to explain why to you in full, in detail, and at the end, I’ll tell you why you have been hearing all this.

To start, let’s take a look at what the House of Commons was actually debating at the beginning of the week: the Trade Bill.

Therefore, Labour's claims that their amendments were about protecting the NHS from Trump - or anyone else - are, simply, just not true. The - as still to be agreed - US Agreement is nothing to do with this Bill, and nor is any future Free Trade Agreement.

Ok, all that technical stuff about the Trade Bill is all very well, you may say, but what DO you REALLY want to do with the NHS when you are negotiating Free Trade Deals in the future?

Well, both I and the Conservative party stood on a manifesto in December 2019. This is the set of promises that a candidate makes to the electorate: things that they will or will not do if elected.

And page 11 of the Conservative manifesto is absolutely clear:

‘When we are negotiating trade deals:

So, we promised that protecting the NHS would be at the heart of our negotiations.

And that is exactly what we have done. Take a look at our detailed negotiating objectives for new free trade agreements, say, for example, those that came out of the public consultation for the US trade deal. These include:

So, we promised that, as part of our negotiations, the NHS would not be on the table. We can now prove, from the negotiating objectives that we have laid out, that it is not.

In any event, the NHS CANNOT be on the table, even if you wanted it to be. This is because decisions as to how services are procured are ones for every individual NHS trust. It simply is not possible for the Government to “sell the NHS” - even if it wanted to.

The Government’s position on the NHS is unchanged: it will continue to be for the UK Government to decide how to deliver our health services, and their priority will remain how best to serve the interests of patients. End of story.

So why, given all I have said above, are you hearing all this stuff about Tory MPs “voting against protecting the NHS” - if there isn’t some truth in it?

It’s simple. Labour have nothing positive to say, and are reduced to basic scaremongering for the sake of a few cheap political points. They created an amendment that they knew full well had nothing to do with the business the House of Commons was debating, simply - and for absolutely no other reason - than to enable their supporters to say “the Tories have voted against protecting the NHS.” It really is as predictable - and as cynical - as that.

Unfortunately, the House of Commons Twitter feed rather naively repeated the “member’s explanatory statement” - written by the person who drafted the amendment, i.e. the Labour front bench - and used it as if it were a neutral explanation of the clause’s meaning, rather than the highly political statement that it really was. Following complaints, they have been forced to take that tweet down and to set the record straight - but clearly, not before many people had seen it and believed it.

Thank you for reading this far. It is a great shame that some people behave in this way, but in contrast to others, I will always explain things in full, and in detail, and tell you the way I see things, not mislead you for the sake of political gain.