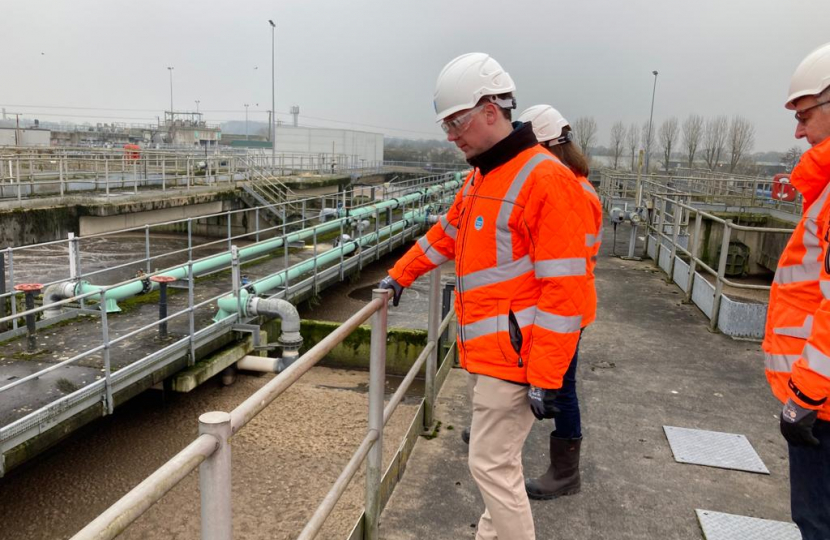 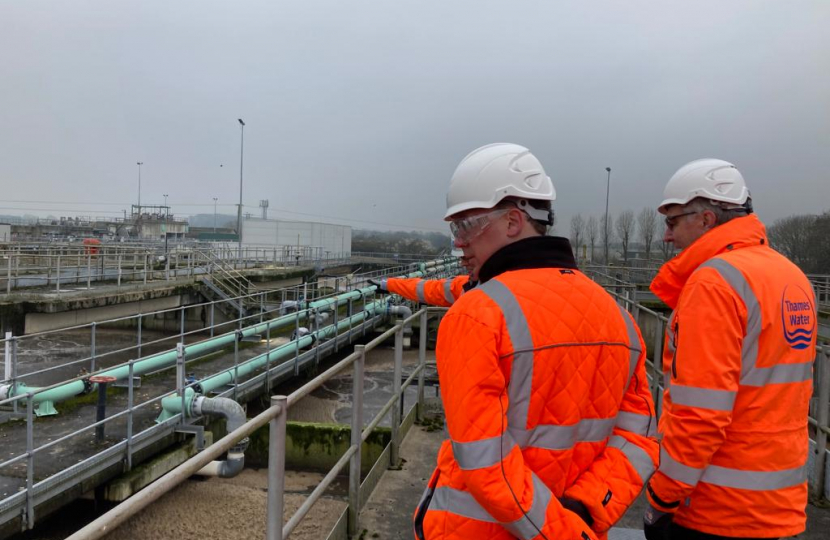 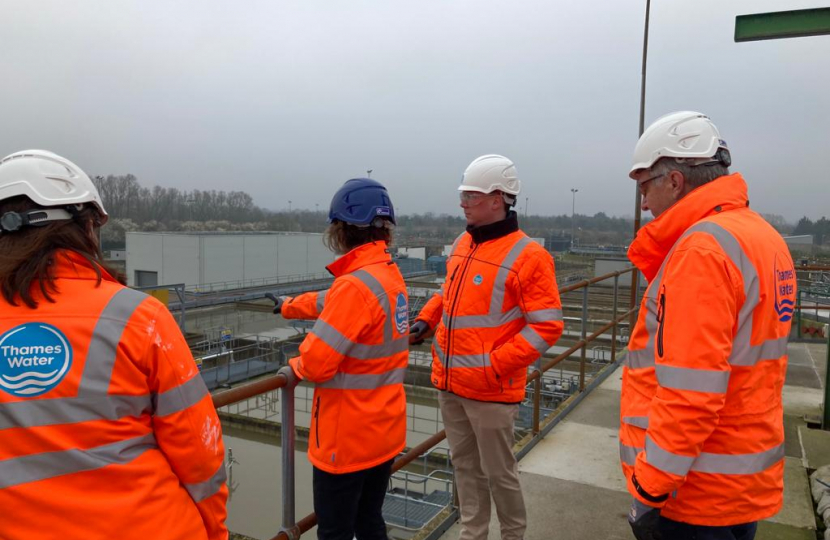 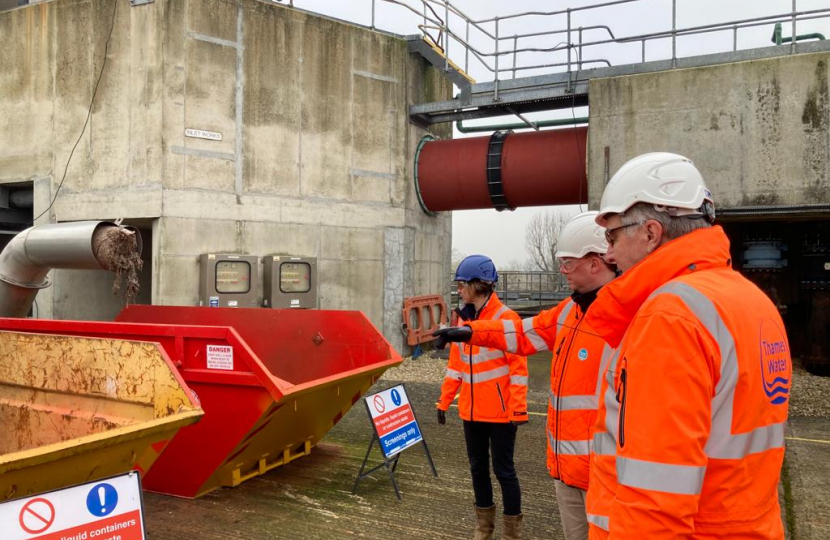 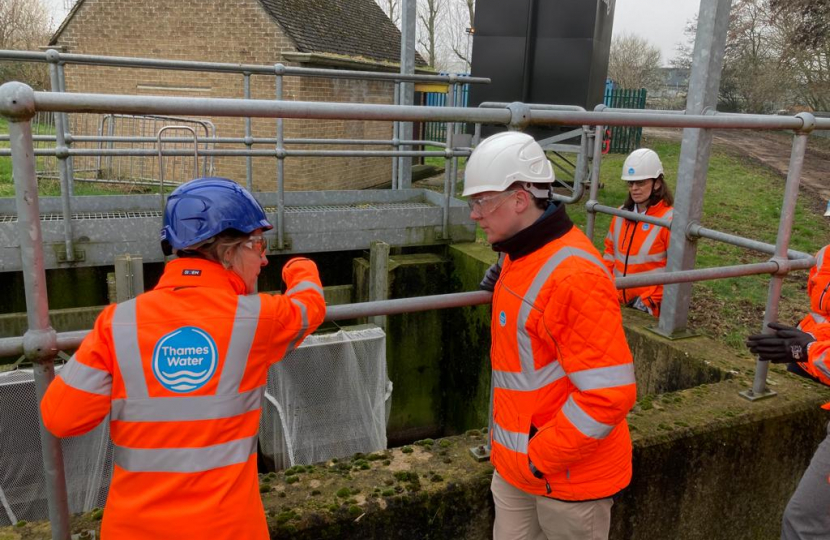 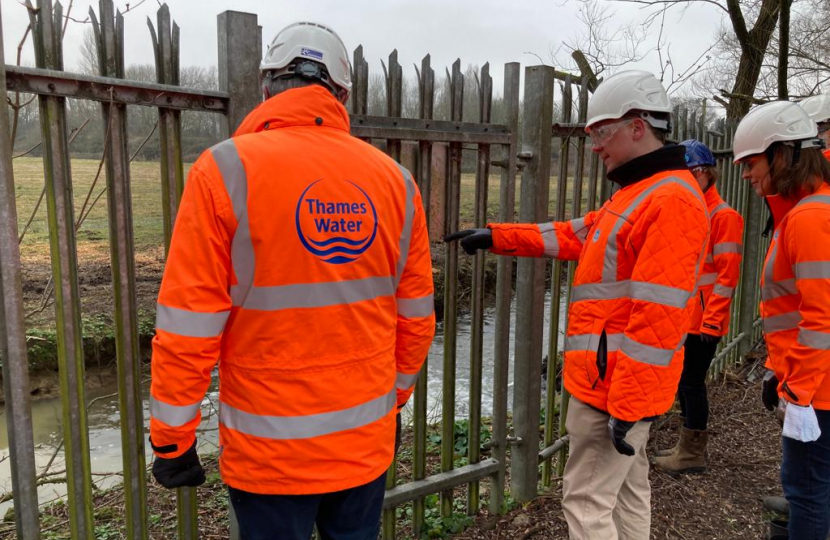 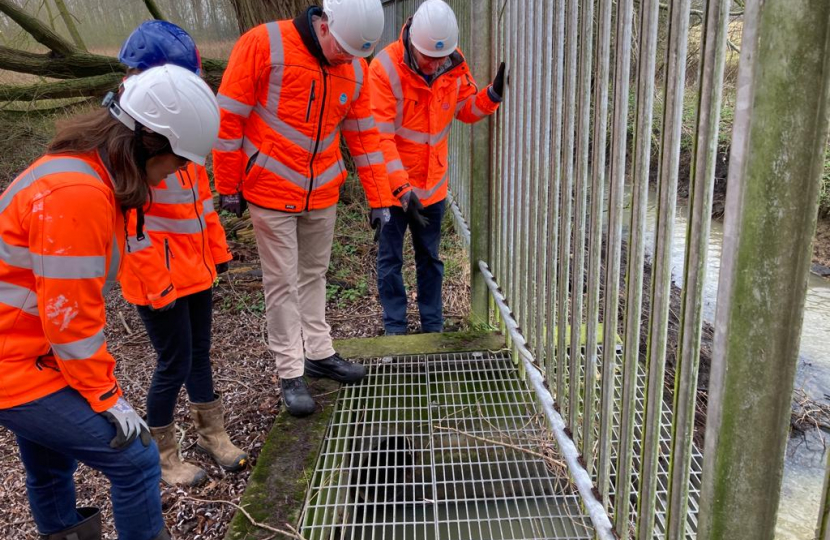 Mr Courts was invited to tour the works after he wrote to the CEO of Thames Water, Sarah Bentley, describing sewage spills which occurred over Christmas when there was no heavy rainfall as “unacceptable.”

The dumping into a tributary of the Thames caused festive swims to be cancelled at Port Meadow in Oxford.

Thames Water are investing £8million to increase capacity at the site, which serves around 45,000 people in West Oxfordshire, by 50 per cent to 360 litres/second.

This work is due to start this year and be completed in early 2024, though Thames Water said they would do their best to bring the completion date forward to late 2023.

While the Witney MP welcomed the investment in the site, he said he was concerned that 360 l/s still may not be sufficient and pointed to Environment Agency methodology which suggests capacity of 412 l/s may ultimately be required.

The MP also stressed the need for Thames Water to urgently upgrade infrastructure across West Oxfordshire, particularly in areas such as Brize Norton, where the MP has been working closely with the parish council.

He said Thames Water’s recent investment in upgrades in Clanfield and Standlake have been effective in resolving long-standing issues in both villages – but that further improvement works were needed in towns and villages across the district.

Ms Bentley accepted that there was a great deal more that the company needed to do but that she was committed to tackling storm overflows.

Afterwards Mr Courts said: “It was useful to visit Witney STW to better understand the work which goes on at the site and to discuss Thames Water’s expansion plans.

“While I welcome the significant investment going into the site, which I am confident will make a big difference in tackling sewage spills in Witney, I have formally asked Thames Water to review the scale of the works and reconsider the Environment Agency’s methodology.

"It is a highly technical consideration but there is some modelling which suggests a capacity of 412 l/s is required.

“I will maintain a regular dialogue with Thames Water as this matter progresses and continue to do everything I can to ensure we tackle sewage pollution and maintain healthy rivers.”

This article appeared in the Witney Gazette on 16.03.22