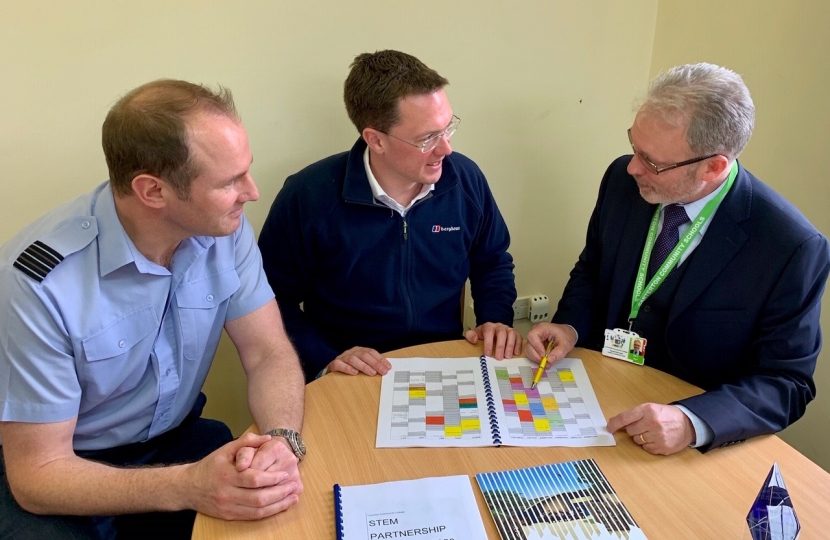 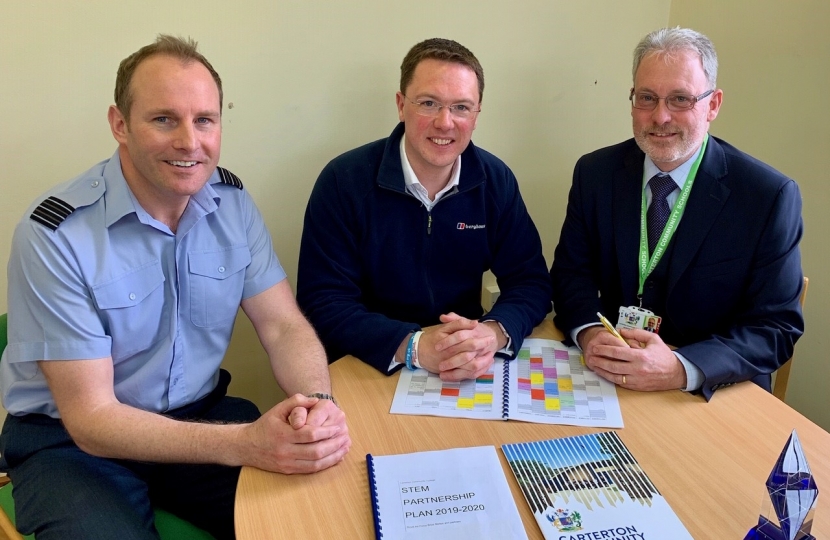 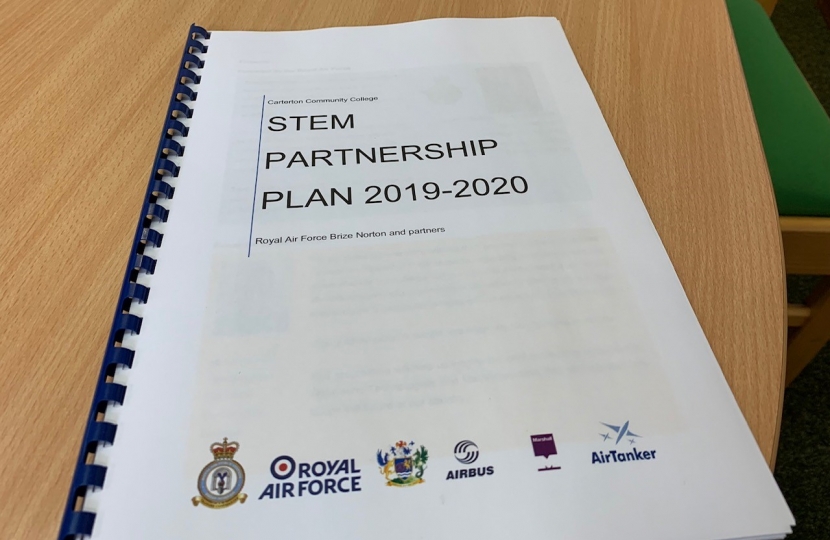 The Station and the College have drawn up a ‘STEM Partnership Plan 2019-20’, which sets out an extensive and ambitious programme of collaboration between the two, including STEM Assemblies and Careers Taster Days.

Robert recently met with Carterton Community College’s Senior Leadership Team, including the College’s new Headteacher, Chris Hart, together with Wing Commander Sean O’Sullivan, who is leading the Station’s work with the College, to discuss progress with the partnership and to formally launch the plan.

“Through this partnership, RAF Brize Norton will seek to inspire and engage the next generation in STEM subjects.”

Chris Hart, Headteacher of Carterton Community College, said: “We are proud to be working with the RAF and their partners to add real value to the education of our students. By exposing them to real-life role models, jobs and practical examples of their study we hope they will gain a unique opportunity and an advantage over their peers.”

“This is about positive impact and life-changing moments. This programme will help us inspire the next generation of scientists, engineers, technologists and mathematicians that will help lead and shape the future of our country.”

Speaking after the meeting, Robert said: “Proud to have played a part in instigating this partnership and delighted by the enthusiastic response from both the Station and the College. RAF Brize Norton is so important to Carterton and by fostering a close relationship between the Station and the College we can ensure they further benefit Carterton in the years ahead by inspiring its young people and offering high-skilled training and employment opportunities.

“One thing is for sure: the future of Carterton is bright, and I look forward to working with the College and RAF Brize Norton to ensure this relationship flourishes in the years ahead.”

As a father to two young children, and with a wife who is a governor at a local school, I know just how important it is to have superb local schools to choose from, and how crucial education is to every child's development.  This is never truer than in today's fast-changing, high-tech world.