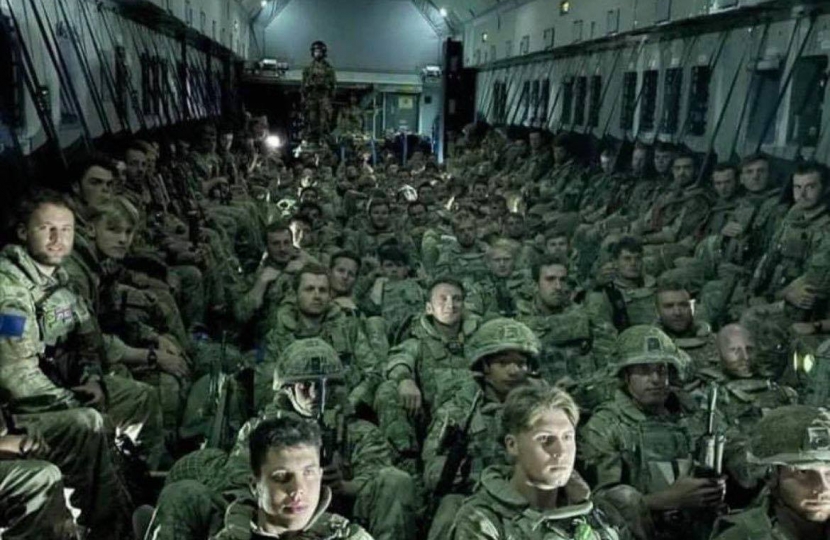 Homeward bound. We’re hugely proud of you all.

Thank you to everyone for all you’ve done, particularly, for us in West Oxfordshire, all based at and operating from RAF Brize Norton.

The evacuation effort saw the Royal Air Force record its single biggest capacity flight ever when 436 people were carried on a Brize-based 99 Squadron C-17 aircraft.

Everyone involved in Operation Pitting has helped 15,000 people to safety in just under two weeks.

We should be proud of our armed forces.

You can be proud of all that you have achieved. You are consummate professionals and the very best of the United Kingdom.

We should be welcoming to those coming for a better life, and sad for those left behind. Our obligation to them will not end with our leaving.

And thanks are also due to the thousands of those who served over the last two decades. There will be many lessons to learn but over the last 20 years there are also many examples of bravery and achievements. We will never forget those who lost their lives.