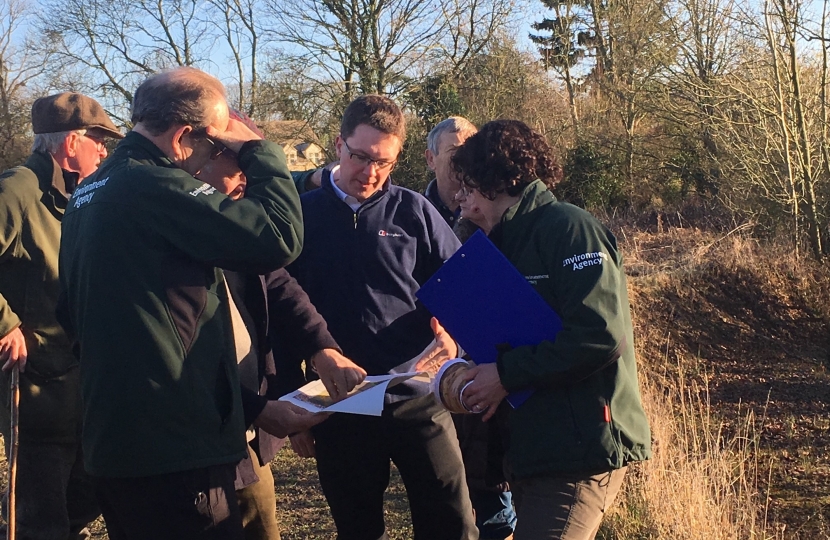 Robert has welcomed the news that the Environment Agency (EA) and Ofwat have launched a major investigation into sewage treatment works, after new government-imposed checks led to water companies admitting that they could be releasing unpermitted sewage discharges into rivers and watercourses.

This will see an investigation involving more than 2000 sewage treatment works. Any company caught breaching their legal permits could face enforcement action, including fines and prosecutions. Fines can be up to 10% of annual turnover for civil cases, or unlimited in criminal proceedings.

In recent years the EA and Ofwat have been pushing water companies to improve their day-to-day performance and meet progressively higher standards to protect the environment.

As part of this, the EA has been checking that water companies comply with requirements and has asked them to fit new monitors at sewage treatment works. This is to make sure the right levels of wastewater are being treated before overflows are allowed to enter the environment.

Following this action by the EA, several water companies have now revealed that many of their sewage treatment works may not be compliant. This would mean that water companies are in breach of their permits and failing to meet their legal duties.

EA and Ofwat are now looking into all water and sewerage companies to assess the scale of the problem.

Any company caught breaching these minimum standards will face a range of possible enforcement action – up to and including prosecution.

Emma Howard Boyd, chair of the Environment Agency, said: “Any water companies in breach of their permits are acting illegally. This is a major issue of public trust. Water company boards must certify every year that they have adequate resources to fulfil their regulated activities. Only now, just before new monitors are installed, have companies reported concerns over potential problems. The EA has begun an immediate investigation of 2,480 sewage treatment works and will prosecute where necessary.

Speaking after the announcement, Robert said: "It is encouraging news that the Environment Agency has launched a major investigation into potential illegal sewage spills. I have written the Chief Executive of the EA, Sir James Bevan, to request a meeting to discuss the investigation further, with a particular view to alleged illegal spills in West Oxfordshire's rivers.

"I have been clear that illegal spills which harm our environment must be punished in the strongest possible terms - and I will be following the EA's investigation closely."