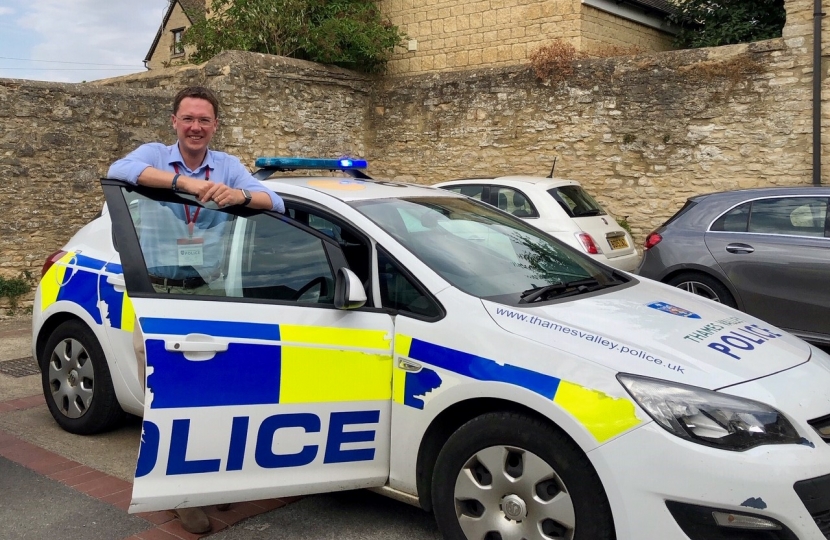 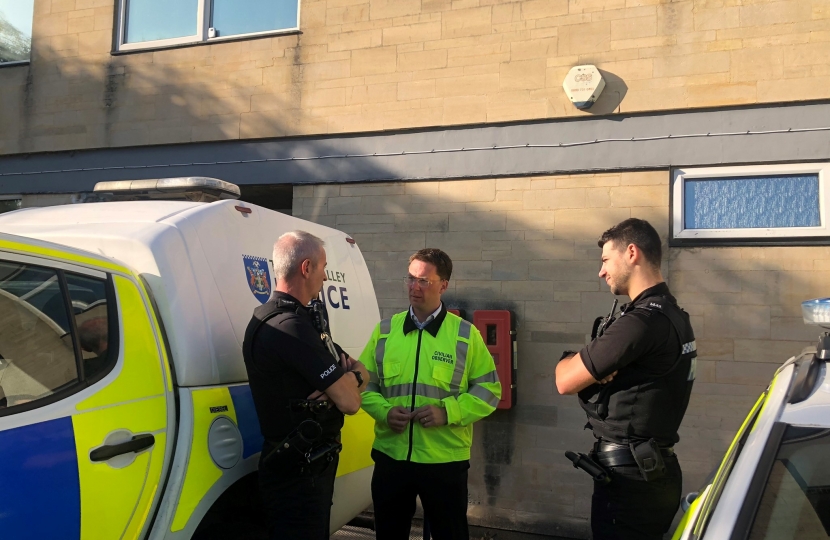 Robert has welcomed the announcement of a recruitment drive which will see Thames Valley Police recruit an additional 183 police officers in 2020-21.

Thames Valley Police will be able to recruit an additional 183 officers in the first year of the scheme (2020-21) with figures for years two and three of the scheme yet to be confirmed. It is expected that the area will receive up to 600 officers over the coming years. Government funding for recruitment in 2020-21 will cover all associated costs, including training and kit.

The increased police numbers is in addition to the £8.5m investment from council tax which has funded 209 officers and staff, supporting front-line policing.

Speaking after the announcement, Robert commented: “I know crime and anti-social behaviour are important issues for all of us in West Oxfordshire, so I was pleased to receive confirmation that the first tranche of officers will be recruited over the next year. I am determined to ensure that our local police force has the resources and powers it needs to tackle crime and anti-social behaviour. These 183 additional police officers - with more due in the near future - will be a massive help in keeping our communities safe.”