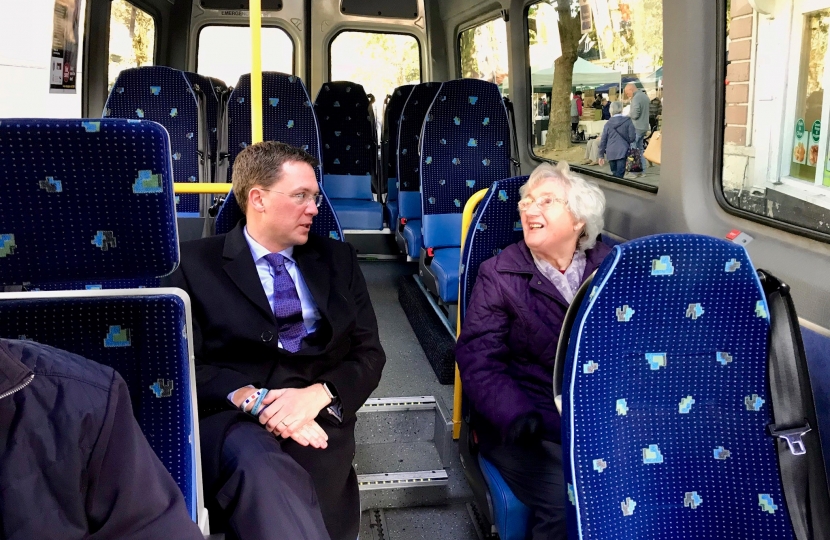 Witney MP, Robert Courts, has welcomed the Government’s announcement to invest £5 billion into overhauling buses and cycling over the next five years.

The money will be used to create more frequent bus services, fund 4,000 new zero emission buses, and build over 250 miles of new cycle routes in towns and cities across England.

Mr Courts has pledged to campaign to ensure that West Oxfordshire benefits from this investment.

Speaking after the announcement, he said: “This investment represents a major boost for bus services and active travel as the Government outlines a new vision for local transport.

“We want to transform bus services across the country with simpler fares, thousands of new buses, improved routes and more frequent services.

“This funding will help to make every day journeys easier, greener and more convenient.

“I'll be working hard to ensure that this announcement benefits West Oxfordshire, but as someone who has long-championed an integrated transport network, with a greater role for cycling and bus travel linking up with rail, there's a lot to celebrate here.”

This article featured in the Witney Gazette on 12.02.20