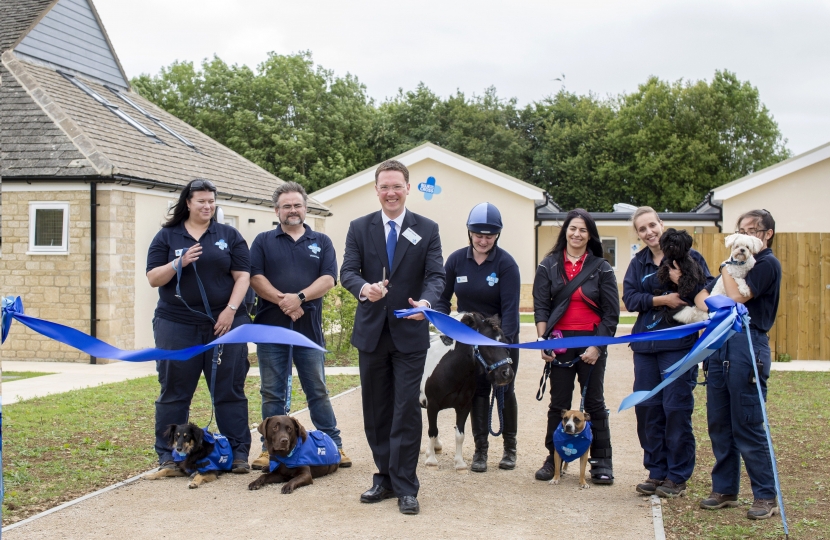 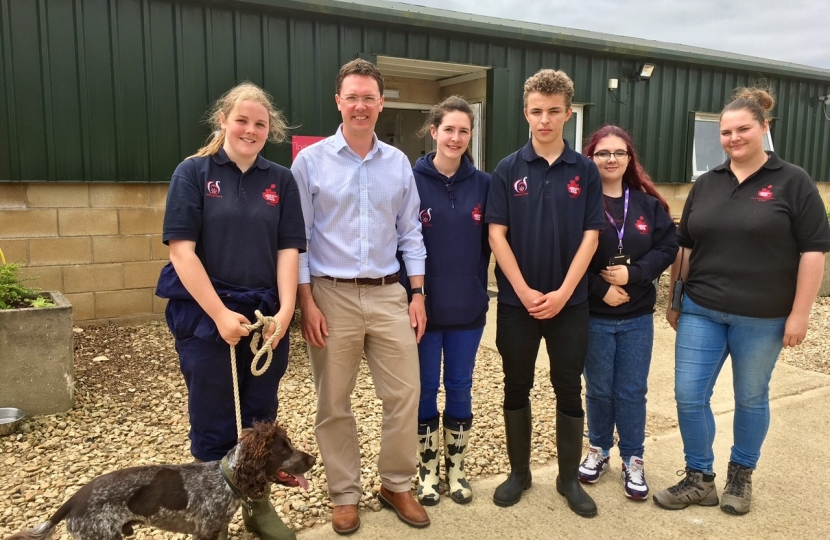 I am proud that the UK already has some of the highest animal welfare standards in the world - and these have increased substantially under this Government. The UK has banned the ivory trade, is increasing sentences for animal cruelty from six months to five years, has banned insecticides that may be harmful to bees, made CCTV mandatory in abattoirs, banned microplastics which harm marine life, and is proposing to introduce an independent, statutory body to uphold standards post-Brexit.

That being said there is still more to do.  As a proud cat owner myself, I have become involved with many campaigns in Parliament to help improve animal welfare standards.

Keep up to date with all I have been up to below.

Reports of the cruel crime of pet theft are on the rise. And while recent police investigations into pet theft have resulted in numerous raids and arrests, more can be done.

To coincide with the launch of the Government's new Action Plan for Animal Welfare, Robert has launched an Animal Welfare Survey to enable West Oxfordshire residents to share their views.

A number of constituents have contacted me in recent days with regard to maintaining food standards ahead of any future trade deals.

Robert said: "The Government has just published new details on our future Environmental Land Management Scheme (ELM), which will see farmers paid for their hard work which enhances and protects our environment.

Earlier today, the Government introduced the Environment Bill to Parliament.

This landmark Bill will tackle the biggest environmental priorities of our time, signalling a historic step change in the way we protect and enhance our precious natural environment.

Robert said: "Our environment affects everything – from the air we breathe to the water we drink. But protecting our environment is not only good for our children and grandchildren. It actually helps you save money.

Robert Attends Presentation on Plight of the Tiger

Robert recently attended a presentation on the tiger trade organised by the All-Party Parliamentary Group for China and led by wildlife conservationist Prerna Singh Bindra.

Robert has welcomed the news that following his letter, the Prime Minister spoke to the visiting Japanese Prime Minister about Japan's decision to resume commercial whaling.

2018 was a very busy year indeed with much to celebrate both locally and nationally. Here are just some of my highlights from last year - in 60 seconds!